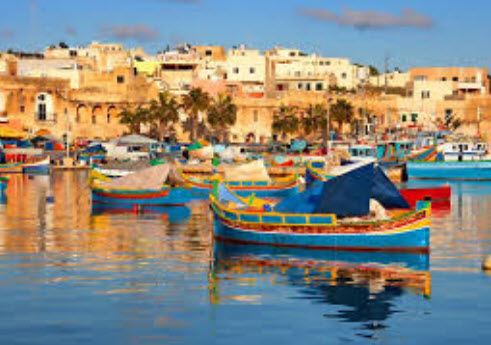 Shares of Supreme Cannabis Company Inc (OTCMKTS:SPRWF) have continued to impress in terms of technical posture and overall fundamental backdrop. The stock is up roughly 100% in a steady bullish trend since forming a key pivot low in December. To further flesh out the narrative, the company just announced that it has signed a letter of intent with Malta Enterprises, the economic development agency of Malta.

According to the release, “The LOI is the first step of Supreme Cannabis’ application for a Cannabis Production License in Malta. Such License would allow the Company to produce and process cannabis for medical use within Malta, one of Europe’s principal commercial entry points, and to export cannabis for medical use to certain international markets. If approved, Supreme Cannabis intends to produce products containing EU GMP quality cannabis oil and pursue regulated medical cannabis distribution opportunities in the European Union.”

According to company materials, “the company focuses on the production and sale of medical marijuana in Canada. The company was formerly known as Supreme Resources Ltd. and changed its name to Supreme Pharmaceuticals Inc. in February 2014. Supreme Pharmaceuticals Inc. was incorporated in 1979 and is headquartered in Vancouver, Canada. The Supreme Cannabis Company has consistently set the standard for innovation in the sector, including the design of growing facilities and development of operational excellence metrics. We are confident that together with our flagship brand, proprietary technology and products, truly unique culture, and industry-leading team, we will deliver consistent long-term value creation to our shareholders.”

Find out when $SPRWF reaches critical levels. Subscribe to OracleDispatch.com Right Now by entering your Email in the box below.

As noted above, SPRWF just announced it has signed a letter of intent with Malta Enterprises, the economic development agency of Malta.

Traders will note 13% piled on for shareholders of the stock during the trailing month. Moreover, the company has seen interest climb, with an increase in recent trading volume of 63% above its longer-run average levels.

“We’re pleased to announce that we have secured a letter of intent from Malta Enterprises, taking another step forward in our global growth strategy. Malta is not only a strategic hub for Europe, it is also home to robust existing pharmaceutical and nutraceutical manufacturing industries with a deep pool of expertise,” said Navdeep Dhaliwal, CEO of The Supreme Cannabis Company. “Using the intellectual property and expertise we’ve gained in Canada, we intend to deliver high-quality cannabis products to medical patients in multiple international markets.”

At this time, carrying a capital value in the market of $472.86M, SPRWF has a significant war chest ($92M) of cash on the books, which must be weighed relative to about $25.9M in total current liabilities. One should also note that debt has been growing over recent quarters. SPRWF is pulling in trailing 12-month revenues of $18.5M. In addition, the company is seeing major top-line growth, with y/y quarterly revenues growing at 359.3%. We will update the story again soon as further details emerge. Sign-up for continuing coverage on shares of $SPRWF stock, as well as other hot stock picks, get our free newsletter today and get our next breakout pick!