Is OrganiGram Holdings Inc (OTCMKTS:OGRMF) the Next Star of the Pot Space? 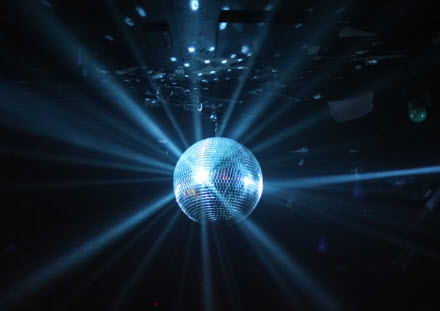 One stock that we have continued to cheer on through corrections and ranges, with a firm belief in eventual leadership status and success, is OrganiGram Holdings Inc (OTCMKTS:OGRMF). This is the next logical choice behind APHA, ACB, and CGC when it comes to the big Canadian production plays in the cannabis patch. Shares of OGRMF just broke out to new all-time once again in March, and now we face the question of whether that breakout will hold. Our bias on this one remains intact. To further flesh out the story, the company just announced an update on its previously announced mandatory conversion of the Company’s 6.0% convertible unsecured debentures due January 31, 2020.

According to the release, “As announced on February 27, 2019, the Company elected to exercise its right under the Debenture Indenture between the Company and the TSX Trust Company dated as of January 31, 2018 governing the Debentures, to convert all of the principal amount outstanding of the remaining Debentures on April 1, 2019 into common shares of the Company.”

OrganiGram Holdings Inc (OTCMKTS:OGRMF) casts itself as a company that produces and sells medical marijuana to individuals and physicians in Canada. It offers marijuana plants, seeds, and cuttings; cannabis oil; and dried flower and cannabis.

The company sells its products through phone and online store. It also operates healing centers that offer treatments for post-traumatic stress disorders, chronic pain, and trauma therapy. In addition, the company exports its products.

OrganiGram Holdings Inc. was founded in 2013 and is based in Moncton, Canada.

As noted above, OGRMF just announced an update on its previously announced mandatory conversion of the Company’s 6.0% convertible unsecured debentures due January 31, 2020.

Recent action has seen 4% piled on for shareholders of the company during the trailing month. Moreover, the name has registered increased average transaction volume recently, with the past month seeing 17% beyond what we have been seeing over the larger time frame.

According to the release, “Pursuant to the terms of the Indenture, the Company may force the conversion of the aggregate principal amount of the outstanding Debentures at the conversion price of $5.42 per Common Share when the daily volume weighted average trading price of the Common Shares on the Exchange (“VWAP”) for 10 consecutive trading days exceeds $7.05. As of the close of markets on February 26, 2019, the VWAP exceeded $7.05 for 10 consecutive trading days. The Company provided the holders of the Debentures with at least 30 days advance written notice of the Conversion.”

Currently trading at a market capitalization of $1B, OGRMF has a significant war chest ($95.9M) of cash on the books, which must be weighed relative to about $15.8M in total current liabilities. One should also note that debt has been growing over recent quarters. OGRMF is pulling in trailing 12-month revenues of $23.1M. In addition, the company is seeing major top-line growth, with y/y quarterly revenues growing at 363%. We will update the story again soon as developments transpire. Sign-up for continuing coverage on shares of $OGRMF stock, as well as other hot stock picks, get our free newsletter today and get our next breakout pick!