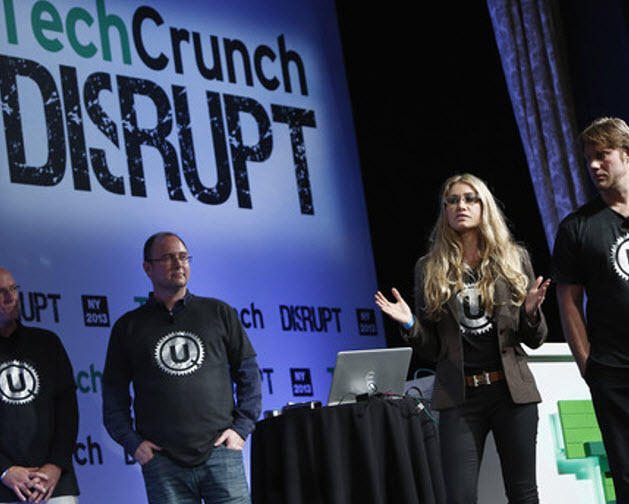 For technology startup founders like Maureen Dunne, it is considered a rare privilege to earn the public spotlight and gain national attention as a contestant at high profile competitions such as NBC’s Shark Tank or TechCrunch’s Startup Battlefield. Companies such as Dropbox, Mint and Yammer got their start by launching at TechCrunch as Battlefield contestants.

Dr. Dunne, an Oxford Ph.D. and former Harvard/MIT Fellow, experienced this opportunity to learn and grow first hand when she launched her first company at TechCrunch Disrupt in Times Square, New York City some years ago. Her knowledge, experience, and background are a big part of why she was recently selected as a key advisor to and early-stage investor in a recent Shark Tank stand-out that received a major investment from Mark Cuban.

The likelihood of getting selected to compete in Shark Tank or Startup Battlefield is minuscule. But, once on stage, it is an exhilarating experience for founders because the stakes are so high. In the film Series, The Road to Disrupt, Startup Battlefield was explained this way: “Bright lights, the sweeping vista of people, a hundred rows of audience… Six minutes to present to a team of judges that can shred you or give you all the praise.”

Mr. Cuban put a positive spin on this fact by famously advising startup CEO’s to: “Always wake up with a smile knowing that today you are going to have fun accomplishing what others are too afraid to do.”

Although Dunne claims her sweet spot still remains in the education and health technology sectors, she has, more recently, helped a wide range of startups – from AI-assisted workforce development solutions, autism therapy services, and even a new brand that has attracted a sports celebrity spokesmodel for the male apparel space.

One of Dunne’s most recent investments, alongside TMT Partners, not only appeared on Shark Tank but landed personal checks from Mark Cuban himself.

Although her primary role is in industry, Maureen works closely with universities and is the Principal Investigator and Director for the “Autism and Innovation Initiative”, backed by the Discovery Partners Institute and private donors. According to the DPI website, the Discovery Partners Institute (DPI) is “a purpose-driven, collaborative research institute located in Chicago that is focused on building prosperity and growing the state of Illinois’ workforce by creating solutions to grand challenges. It is led by the University of Illinois System, its three universities and partners.”

As reported in the Champaign News-Gazette, Dr. Dunne’s Autism and Innovation Initiative was a good fit for the Chicago-based Discovery Partners Institute as its mission is to strengthen the technology and innovation talent pipeline in Illinois by including people with autism spectrum disorders (ASD) and taking a strength-based approach to training, entrepreneurship, and workforce development, according to the announcement on the DPI website.

“In recent years, the shortage of technology talent in Illinois and the outmigration of engineers to other states has been identified as a major concern,” Dunne commented. As part of this new initiative, Dr. Dunne will teach courses on product design and technology innovation at DPI with the expectation that the courses will be available to all three U of I campuses.

As the demand for technology talent continues to grow, the percentage of engineers who remain in Illinois after graduation has been on the decline. The scope of the problem extends beyond engineering to include a broad range of in-demand technology skills, including data science and analysis. The “Illinois and the Internet of Things Talent Consortium” (IoTTC) estimates that there may already be a shortage of 1.5 million data analysts. It is also estimated that approximately 85% of people with autism spectrum disorder remain unemployed or underemployed.

Dr. Dunne, a member of the National Association of Corporate Directors, has already established a working model for a coding boot camp with several industry partners, including Microsoft, who has actively recruited employees with autism in recent years.

“I think back to my first company launch on a world stage and it is such a meaningful experience to now mentor and invest in other entrepreneurs, especially first-time founders,” Dunne said. “In this case, having Mr. Cuban’s backing is a clear advantage as well.”