Its official (OTC:OGRMF) is now trading on the NASDAQ exchange as (NASDAQ:OGI).

One industry that has taken off like a rocket over the past year or so is the marijuana industry. The fact that marijuana got legalized in Canada and in certain states in the United States, opened up a huge industry to mainstream investment and more listings are on the way.

Plenty of marijuana companies have listed on the stock market during that time and grown at a breakneck pace. Many of those companies have graduated from over the counter stock sale to NASDAQ and have gradually grown into huge players in the industry. One of the biggest players, that is now listed on the Nasdaq is Moncton, Canada based OrganiGram Holdings (TSXV:OGI) (OTCQX:OGRMF).

As everyone knows, the most important thing for any company which is engaged in the marijuana industry is its production capabilities and that is perhaps the biggest things going for OrganiGram Holdings.

On 26 April, it emerged that one of the biggest pot companies, with a strong stock, was going to finally file its papers for a listing on the NASDAQ.

Prior to that the OrganiGram stock had been traded over the counter and considering the fact that it is one of the major marijuana stocks in the industry, it is a landmark development for the industry at large. More importantly, the company has a production capacity of 100,000 kilos of marijuana when its facilities are running at full tilt and needless to say, that will be a big attraction for potential investors.

As of now, a total of nine pot stocks are listed on Nasdaq and out of those, as many as seven of them were an uplisting from an over the counter exchange. The other two; Innovative Industrial Properties(NYSE:IIPR) and Tilray (NASDAQ:TLRY) were the first pot stocks to IPO on a major exchange.

Uplisting can be an excellent way for a good stock to gain the sort of traction that can propel it into the big time primarily due to more coverage and visibility. However, if it also happens to have a strong business model, then it can prove to be a great move.

More importantly, the option to uplist is not available to many pot companies and OrganiGram would have to pass through a range of clearances before it can be listed. However, the fact that pot companies in the US are not yet allowed on the stock exchanges in the country, gives Canadian pot companies a much higher chance of success from the growth in this expanding industry. Find out when $OGRMF reaches critical levels. Subscribe to OracleDispatch.com Right Now by entering your Email in the box below. 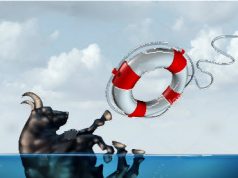 Charlotte’s Web Holdings (OTCQX:CWBHF) Stock is Back In Action With Sudden Optimism 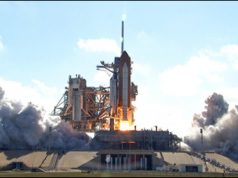 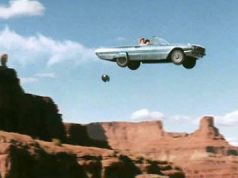