Here’s the Big Reason to Keep Medmen Enterprises Inc (OTCMKTS:MMNFF) in Your Sights 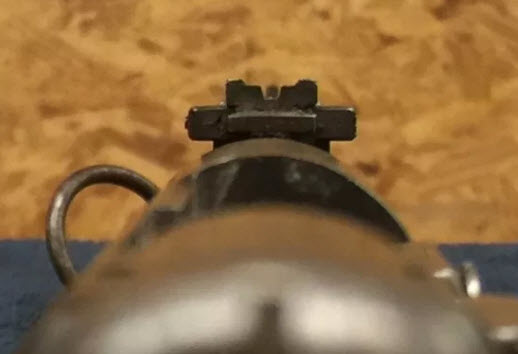 Apollo Global Management Inc. (APO) shares are trading at higher $43.87 and the avg recommendation for the stock is Moderate Buy, while the current...
Read more
Investing

Twilio Inc. (TWLO) shares are trading at higher $319.05 and the avg recommendation for the stock is Strong Buy, while the current analyst price...
Read more
Investing

9F Inc. (JFU) shares are trading at lower $1.64 and the avg recommendation for the stock is Hold. To add more color to this...
Read more
Investing

Asana Inc. (ASAN) shares are trading at higher $27.88 and the avg recommendation for the stock is Moderate Buy, while the current analyst price...
Read more

For investors in Medmen Enterprises Inc (OTCMKTS:MMNFF), the recent breakdown has certainly raised some major question marks about the company’s underlying fundamentals and its ability to recover from the scandals that have tagged along with its narrative over the past 10 months. But it may be time to remember that this is one of the most diversified names to have a foothold in a more or less exclusively US model cannabis market model, which suggests that it could be an interesting call option of sorts on future possible legislation in favor of the cannabis market in the US.

To further flesh out the story, the company just announced that, further to its press release dated April 23, 2019, MedMen has been advanced an additional US$80,000,000 in gross proceeds pursuant to the US$250,000,000 secured convertible credit facility with Gotham Green Partners, an investor in the global cannabis industry.

As noted above, MMNFF just announced that, further to its press release dated April 23, 2019, MedMen has been advanced an additional US$80,000,000 in gross proceeds pursuant to the US$250,000,000 secured convertible credit facility with Gotham Green Partners, an investor in the global cannabis industry.

The stock has suffered a bit of late, with shares of MMNFF taking a hit in recent action, down about -10% over the past week. What’s more, the stock has witnessed a pop in interest, as transaction volume levels have recently pushed 20% over the long run average.

According to company materials, “MedMen has issued to the lenders additional convertible senior secured notes (“Notes”), co-issued by the Company and MM CAN USA, Inc., a subsidiary of the Company (“MM CAN”), with a conversion price per Subordinate Voting Share of the Company equal to US$3.29 per share. The lenders have also been issued 10,399,851 share purchase warrants of the Company (“Warrants”), each of which is exercisable to purchase one Subordinate Voting Share of the Company for a period of 36 months from the date of issue. The number of Warrants issued represents an approximate 50% Warrant coverage. The exercise price of 75% of such Warrants is US$3.718 per share, with the remaining 25% of such Warrants having an exercise price per share equal to US$4.29. As additional consideration for the purchase of the Notes, at the time the lenders were paid an advance fee of 1.5% of the principal amount of the Notes purchased.”

Now commanding a market cap of $285M, MMNFF has about $12.2M in cash on the books, which must be weighed relative to a mountain of over $86M in total current liabilities. The company has been pulling in significant revenues, with over $7M in Q1 of this year, representing over 630% quarterly y/y growth on the top line. We will update the story again soon as developments transpire. Sign-up for continuing coverage on shares of $MMNFF stock, as well as other hot stock picks, get our free newsletter today and get our next breakout pick!