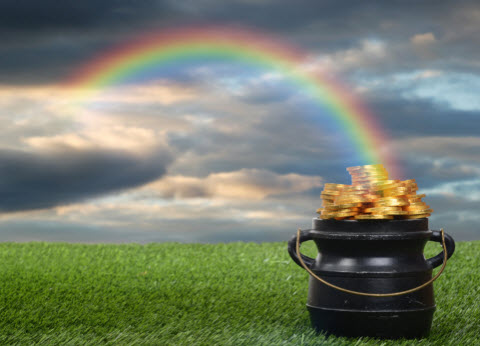 One pullback that seems ripe for speculation is the action in Curaleaf Holdings Inc (OTCMKTS:CURLF). The stock recently broke under the 50-day simple moving average – which is a critical measure for technical and quantitative firms. And now we have some key support in play that could spark some new money flows. One catalyst that could help that process into action is the company’s recent announcement that it has acquired exclusive rights to operate the Emerald dispensary in Gilbert, AZ, whose license is held by Absolute Healthcare, Inc., an Arizona non-profit corporation.

According to the release, “The dispensary will be rebranded as Curaleaf after the transaction closes. Emerald is the only dispensary licensed to operate in the Town of Gilbert which is located in the Metro Phoenix area. It is one of Arizona’s largest and longest standing medical cannabis retailers, serving over 44,000 unique patients since 2014. With over $1 million in revenue in March 2019, it is one of the highest grossing dispensaries in the state. Gilbert, located in the East Valley, is highly complementary to Curaleaf’s existing network of dispensaries in Phoenix.”

As noted above, CURLF just announced it has acquired exclusive rights to operate the Emerald dispensary in Gilbert, AZ, whose license is held by Absolute Healthcare, Inc., an Arizona non-profit corporation.

While this is a clear factor, it has been incorporated into a trading tape characterized by a pretty dominant offer, which hasn’t been the type of action CURLF shareholders really want to see. In total, over the past five days, shares of the stock have dropped by roughly -6% on above average trading volume. All in all, not a particularly friendly tape, but one that may ultimately present some new opportunities.

In addition, the stock has seen a growing influx of trading interest, with the stock’s recent average trading volume running 43% above the average volume levels in play in this stock over the longer term.

“This store fits very well into our existing footprint in Phoenix and is expected to be immediately accretive,” said Joseph Lusardi, Chief Executive Officer. “Combining Emerald’s large patient base with Curaleaf’s established supply chain is anticipated to generate strong earnings and enhance patient care in Arizona.”

Earning a current market cap value of $4.16B, CURLF has a significant war chest ($364.1M) of cash on the books, which must be weighed relative to about $33.9M in total current liabilities. CURLF is pulling in trailing 12-month revenues of $70.1M. In addition, the company is seeing recent top-line growth, with sequential quarterly revenues growing at 51.1%. You can bet we will update this one again as new information comes into view. Sign-up for continuing coverage on shares of $CURLF stock, as well as other hot stock picks, get our free newsletter today and get our next breakout pick!