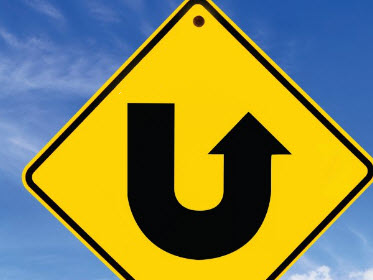 Shares of CannaRoyalty Corp (OTCMKTS:ORHOF) have been sprinting lower toward key technical support over the past 5 days. The stock has broken under the major moving averages and closed under the $6/share level on Friday for the first time since January. That said, we saw strong afternoon action, with the stock rallying about 5% into the close.

To put more flesh on the bone, the company just announced that it has obtained a final order from the Ontario Superior Court of Justice approving the plan of arrangement with Cresco Labs Inc. previously announced on April 1, 2019, pursuant to which, among other things, Cresco Labs intends to acquire all of the issued and outstanding common shares and class A compressed shares of Origin House. According to the release, receipt of the final order will allow Origin House to complete the arrangement upon satisfaction of the remaining closing conditions, including the receipt of required regulatory approvals.

CannaRoyalty Corp (OTCMKTS:ORHOF) trumpets itself as a private equity firm specializing in acquisitions. The firm invests in the legal cannabis sector with a focus on research and intellectual property, consumer brands, and industry infrastructure. It seeks to invest in the United States and Canada. CannaRoyalty Corp. is headquartered in Ottawa, Canada.

The company is doing business as Origin House.

Origin House is a growing cannabis products and brands company operating across key markets in the U.S. and Canada, with a strategic focus on becoming a preeminent global house of cannabis brands.

The Company’s foundation is in California, the world’s largest regulated cannabis market, where it delivers over 130 branded cannabis products to the majority of licensed dispensaries.

Origin House’s brand development platform is operated out of five licensed facilities located across California, and provides distribution, manufacturing, cultivation and marketing services for its brand partners. The Company is actively developing infrastructure to support the proliferation of its brands internationally, initially through its acquisition of Canadian retailer 180 Smoke.

Find out when $ORHOF reaches critical levels. Subscribe to OracleDispatch.com Right Now by entering your Email in the box below.

As noted above, ORHOF just announced that the company has obtained a final order from the Ontario Superior Court of Justice approving the plan of arrangement with Cresco Labs Inc.

While this is a clear factor, it has been incorporated into a trading tape characterized by a pretty dominant offer, which hasn’t been the type of action ORHOF shareholders really want to see. In total, over the past five days, shares of the stock have dropped by roughly -23% on above average trading volume. All in all, not a particularly friendly tape, but one that may ultimately present some new opportunities. Over the past month, shares of the stock have suffered from clear selling pressure, dropping by roughly -32%.

Furthermore, the stock has seen a growing influx of trading interest, with the stock’s recent average trading volume running 40% beyond what we have been seeing over the larger time frame.

“Receipt of the final court order is a significant step towards completing the arrangement with Cresco Labs. Both Origin House and Cresco Labs are committed to closing the transaction as soon as is practicable following the expiration of the applicable antitrust waiting period, and look forward to a successful outcome for shareholders of both companies”, said Marc Lustig, Chairman and CEO of Origin House.

Currently trading at a market capitalization of $396M, ORHOF has a significant war chest ($29.4M) of cash on the books, which is balanced by about $25.6M in total current liabilities. One should also note that debt has been growing over recent quarters. ORHOF is pulling in trailing 12-month revenues of $22.2M. In addition, the company is seeing major top-line growth, with y/y quarterly revenues growing at 1550.4%. We will update the story again soon as developments transpire. Sign-up for continuing coverage on shares of $ORHOF stock, as well as other hot stock picks, get our free newsletter today and get our next breakout pick!

Disclosure: we hold no position in $ORHOF, either long or short, and we have not been compensated for this article.