Why Curaleaf Holdings Inc (OTCMKTS:CURLF) Might be Ready to Fend Off the Bears 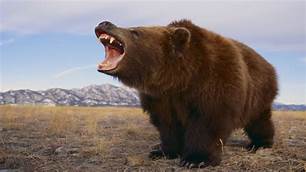 The decline underway in shares of Curaleaf Holdings Inc (OTCMKTS:CURLF) is finally reaching some very important levels of potential support. Most importantly, we are nearing a fill of the huge gap from mid-March, when the stock gapped through the $7.50 level and subsequently ran up to test key resistance in the $11.25 area. Technically, $6.85/share would be gap-fill, with $6.25 providing addition key support below that. To further flesh out the story, the company recently announced that it completed the acquisition of the Emerald dispensary in Gilbert, Arizona, whose license is held by Absolute Healthcare, Inc., an Arizona non-profit corporation.

According to the release, “The signing was announced earlier on May 21, 2019 and the transaction was closed on May 29, 2019. The dispensary is expected to be rebranded as Curaleaf over the next month. Emerald is the only dispensary licensed to operate in the Town of Gilbert which is located in the Metro Phoenix area. It is one of Arizona’s largest and longest standing medical cannabis retailers, serving over 44,000 unique patients since 2014.”

As noted above, CURLF shares are nearing a test of very important support, which could be reinforced by its recent M&A activity, including the completion of its acquisition of the Emerald dispensary in Gilbert, Arizona.

Even in light of this news, CURLF has had a rough past week of trading action, with shares sinking something like -14% in that time. That said, chart support is nearby and we may be in the process of constructing a nice setup for some movement back the other way. Over the past month, shares of the stock have suffered from clear selling pressure, dropping by roughly -28%.

Furthermore, the company has registered increased average transaction volume recently, with the past month seeing 10% over the long run average.

According to the release, “Curaleaf has the largest footprint of single-branded retail stores in the U.S. and is executing on its strategy of building a national brand in highly populated states. Curaleaf will continue to explore opportunities to open additional locations throughout the state of Arizona in 2019.”

Now commanding a market cap of $2.4B, CURLF has a significant war chest ($172.6M) of cash on the books, which compares with about $26.2M in total current liabilities. CURLF is pulling in trailing 12-month revenues of $88.6M. In addition, the company is seeing recent top-line growth, with sequential quarterly revenues growing at 10.3%. As more color becomes clear on the name, we will review the situation and update our take. Sign-up for continuing coverage on shares of $CURLF stock, as well as other hot stock picks, get our free newsletter today and get our next breakout pick!