Should You Buy Hexo Corp (NYSE:HEXO) After The Recent Earnings? 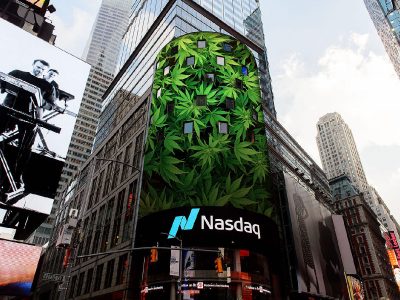 Huami Corporation (HMI) shares are trading at lower $13.61 and the avg recommendation for the stock is Moderate Buy, while the current analyst price...
Read more
Sector News

Can We Expect More Volatility From Public Storage (PSA)?

Public Storage (PSA) shares are trading at lower $219.13 and the avg recommendation for the stock is Moderate Buy, while the current analyst price...
Read more

Hexo Corp (NYSE:HEXO) has been one of the important players in the cannabis industry for quite some time but the company’s latest earnings report, published last week, was a disappointment.

The revenues for the third quarter did not meet analysts’ estimates and in fact, it dropped from where it stood in the preceding quarters. Naturally, the stock started tumbling and dropped on both Thursday and Friday last week. It is apparent that investors went into a bit of panic with regards to the company’s future, but experts suggest that the overall picture is quite different.

Earlier this month, the HEXO stock plunged by as much as 8.5% in a single day. It recorded revenues of C$ 13.8 million, which was significantly short of analysts’ estimates of C$ 14.8 million. However, Hexo did manage to beat analysts’ estimates of 5 cents loss per share, but recording loss per share of 4 cents for the quarter. Although revenues dropped alarmingly by as much as $400,000 from one quarter to the next, the company managed to raise its sales volume 10 times on a year on year basis.

Now, HEXO may not be in the same league as some of the giants of the industry like Canopy Growth, Cronos Group or Aurora Cannabis, but it has several factors that could work in its favor.

Hexo operates out of Quebec, which is the second biggest province in Canada and in this populous province; the company has managed to capture 30% of the market.

Moreover, Hexo has also struck a 5 year deal with the province that will see it supplying 200,000 kilos of cannabis to Quebec over that period. Additionally, the acquisition of Newstrike Brands is also set to raise the company’s production capabilities to 150,000 kilos per year.

Last but not least, it has also struck a partnership with Molson Coors to produce cannabis-infused beverages. It is a market that could explode in the coming years.

Analysts believe that despite the poor show in the latest quarter, its overall revenues record has remained strong. They expect Hexo to generate revenues of C$ 319.4 million in 2020. To put it into perspective, analysts’ estimates for HEXO’s revenues in 2019 stands at C$ 62.62 and they expect the company to grow considerably in a year. Hence, it is believed that the latest drop in the stock price appears to be a bit of an overreaction and the company’s strong forecasts could still see it becoming one of the bigger players in the cannabis industry.

Sign-up for continuing coverage on shares of $HEXO stock, as well as other hot stock picks, get our free newsletter today and get our next breakout pick!

Disclosure: we hold no position in $HEXO, either long or short, and we have not been compensated for this article.

Is the Rough Ride Over for Axalta Coating Systems Ltd. (AXTA)

Axalta Coating Systems Ltd. (AXTA) shares are trading at higher $28.49 and the avg recommendation for the stock is Moderate Buy, while the current...
Read more
Wall Street Daily

Levi Strauss & Co. (LEVI) shares are trading at higher $19.01 and the avg recommendation for the stock is Strong Buy, while the current...
Read more
Sector News

Willis Towers Watson Public Limited Company (WLTW) shares are trading at higher $203.92 and the avg recommendation for the stock is Moderate Buy, while...
Read more
Opinion

Ocular Therapeutix Inc. (OCUL) shares are trading at higher $14.99 and the avg recommendation for the stock is Strong Buy, while the current analyst...
Read more
Investing

CTI BioPharma Corp. (CTIC) shares are trading at higher $3.80 and the avg recommendation for the stock is Moderate Buy, while the current analyst...
Read more
ORACLEDISPATCH