What to Make of the Breakout in MGT Capital Investments Inc. (OTCMKTS:MGTI) 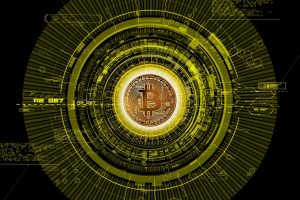 It’s like the leaves dropping in October, Bitcoin catches a big move and shares of MGT Capital Investments Inc. (OTCMKTS:MGTI) spring back to life. The interesting dynamic here is that the company actually has some reasonable credibility in terms of coin mining potential, a fact that has been showing up in recent action in the stock, with shares rising as much as 150%, playing catch-up with the 250% rise in BTC prices.

According to its most recent release, MGTI is getting the band back together: “As previously reported, MGT has been waiting for better economic conditions to resume Bitcoin mining. The recent increase in the price of Bitcoin, without a material increase in the Difficulty Rate, has allowed the Company to resume its mining operations. We also entered into new or amended agreements with our host facilities to provide lower risk and more flexibility. Lastly, we decided to liquidate our first, but small, facility in Washington state to keep focus.”

MGT Capital Investments Inc. (OTCMKTS:MGTI), as noted, is a chronic beneficiary of enthusiasm coming into the Bitcoin space. The company officially engages in bitcoin mining.

According to its materials, in September 2016, MGT commenced its Bitcoin mining operations in the Wenatchee Valley area of central Washington. Throughout 2017 the company expanded its mining capacity with the purchase of additional miners and by entering into hosting and power agreements with Washington facilities owners.

The company also entered into management agreements with third party investors whereby the investors purchased the mining hardware, and the company will receive both a fee to manage the mining operations plus one-half of the net operating profit.

During the fourth quarter of 2018, the company commenced the move of its mining machines back to the U.S., to both Colorado and Ohio. The move was completed in early January 2019.

As noted above, MGTI just announced that it is resuming full bitcoin mining operations.

At this point, according to information from the company, MGT has 1,800 machines in Colorado Springs fired up and in action. The company notes that this is “pursuant to management agreements with our third-party investors”, which is a little difficult to interpret. But it also notes that it is generating 22 Ph/s in hash power.

In addition, the company also noted that it has an additional 400 company-owned miners currently racked and undergoing final stages of setup (suggesting a capacity expansion is in the works), and up to 300 more company-owned miners may be deployed in the same spot. It claims this will create a total of just over 30 Ph/s.

Traders will note 83% piled on for shareholders of the company during the trailing month. Furthermore, the name has registered increased average transaction volume recently, with the past month seeing 470% beyond its prior sustained average level.

All of that suggests the stock is still levered well to the price of Bitcoin. If the recent parabolic advance continues, expect more flows to find their way into MGTI.

Earning a current market cap value of $17.8M, MGTI has a bankroll ($362K) of cash on the books, which stands against about $1M in total current liabilities. MGTI is pulling in trailing 12-month revenues of $1.1M. However, the company is seeing declines on the top-line on a quarterly y/y basis, with revenues falling at -97.1%. We will update the story again soon as developments transpire. Sign-up for continuing coverage on shares of $MGTI stock, as well as other hot stock picks, get our free newsletter today and get our next breakout pick!