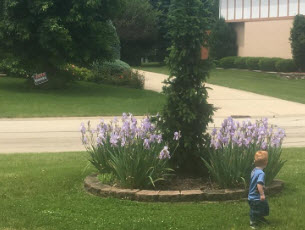 Celldex Therapeutics Inc. (CLDX) shares are trading at higher $21.25 and the avg recommendation for the stock is Moderate Buy, while the current analyst...
Read more
Opinion

Cameco Corporation (CCJ)’s Stock is Jumping, Here is Why

Cameco Corporation (CCJ) shares are trading at lower $9.92 and the avg recommendation for the stock is Moderate Buy, while the current analyst price...
Read more
Opinion

Leslie's Inc. (LESL) shares are trading at lower $20.52. To add more color to this target, the company’s high over the last year is...
Read more
Opinion

Is the Rough Ride Over for RCM Technologies Inc. (RCMT)

RCM Technologies Inc. (RCMT) shares are trading at higher $1.48 and the avg recommendation for the stock is Moderate Buy. To add more color...
Read more

The last time we wrote about Medmen Enterprises Inc (OTCMKTS:MMNFF), we suggested that it might be an opportunity because the stock’s investment narrative was likely overly weighed down by concerns related to legal scandals that didn’t seem all that material in the context of its future prospects. Since that time, shares have bolted higher by about 30% as the company continues to expand its operations in the US cannabis market, and that market gets some help from legislators in the US Senate.

Specifically, the “Cannabidiol and Marijuana Research Expansion Act”, a bill to encourage scientific and medical research on marijuana and CBD, was announced by Senators Dianne Feinstein (D-Calif.), Chuck Grassley (R-Iowa), and Brian Schatz (D-Hawaii) on Friday of last week. And, perhaps even more importantly in this case, that followed quickly on the heels of Illinois Governor J.B. Pritzker’s enactment of adult use cannabis legalization in the state of Illinois.

Medmen Enterprises Inc (OTCMKTS:MMNFF) is an interesting case of a cannabis company that has clearly aimed its focus almost exclusively on the US market, despite the fact that it is a bet depending largely on future legislative changes that may not ever materialize (ie, on a national level).

According to its information, the company grows, holds, and sells cannabis where legal in the US, with a focus on the California, New York, and Florida markets. It turns out that MedMen owns and runs fully-licensed facilities that grow, develop, and sell cannabis-based products as a branded strategy.

The company makes its corporate home in LA, where it houses operations on a top-down basis, with a headcount of better than 800 around the country. The company notes that it was founded in 2010 by Andrew Modlin and Adam Bierman, who were two supposed leaders and visionaries in the pot space as entrepreneurs and who embraced the idea that the legalization of pot would be a cultural revolution, or so they say.

Company information also states that MedMen contends that it is the “single largest financial supporter of progressive marijuana laws at the local, state and federal levels, giving directly to pro-legalization groups, industry organizations and political candidates”, which is obviously a big claim. We don’t know whether or not there is evidence to support this. It may be the case, and it may not.

As noted above, MMNFF shares have been off and running in recent action as the concept that really drives this stock – the notion of increasing legalization of cannabis-based products in the US market – finds increasing traction on both state and federal levels.

The company’s move to recently enter the Illinois cannabis market through its acquisition of PharmaCann should make the situation perfectly clear: Pritzker’s move to legalize pot in Illinois is a boon for MMNFF speculators because it plays right into the company’s strategy. It also suggests that we cannot discount the idea that the management team at MedMen are now seeing a payoff for a very well-executed bit of insight. In other words, they likely were betting on this change in the Illinois legal context when they made their PharmaCann move back in October of last year.

That is not only a good payoff. It is likely also a confidence-inspiring revelation for the market about the degree of talent at the wheel – something very much needed for MMNFF shares following some of the scandals of the recent past.

That’s why we aren’t surprised to see shares responding very well to the recent spate of positive catalysts. If the US context continues to improve, we should see more of the same.

Sign-up for continuing coverage on shares of $MMNFF stock, as well as other hot stock picks, get our free newsletter today and get our next breakout pick!

CVR Partners LP (NYSE:UAN) Stock is Soaring, Here is Why

CVR Partners LP (UAN) shares are trading at higher $0.85 and the avg recommendation for the stock is Hold. To add more color to...
Read more
Investing

Lamb Weston Holdings Inc. (LW) shares are trading at higher $70.07 and the avg recommendation for the stock is Moderate Buy, while the current...
Read more
Wall Street Daily

eXp World Holdings Inc. (EXPI) shares are trading at higher $50.57 and the avg recommendation for the stock is Strong Buy, while the current...
Read more
Sector News

ZAGG Inc (ZAGG) shares are trading at higher $3.50 and the avg recommendation for the stock is Strong Buy. To add more color to...
Read more
Opinion

ZoomInfo Technologies Inc. (ZI) shares are trading at higher $44.65 and the avg recommendation for the stock is Moderate Buy, while the current analyst...
Read more
ORACLEDISPATCH