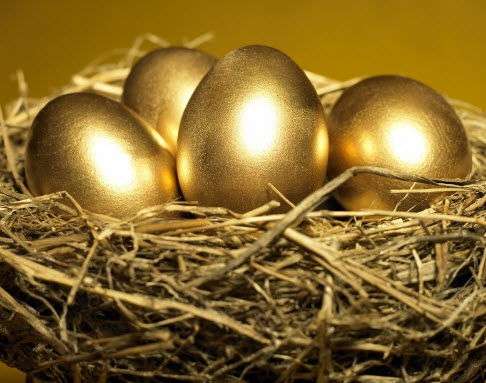 The resurgence of blockchain and crypto market enthusiasm following the big parabolic rise of Bitcoin in May and June has certainly done wonders for Tautachrome Inc (OTCMKTS:TTCM). Shares have gone bonkers on the upside, rising as much as 520% over the past month. And momentum doesn’t appear to be slowing down. Last closed with a bang to new trend highs, taking the stock up near a test of the $0.025 area, up from a half-cent per share earlier this month.

The big news powering the climb is the company’s updates on KlickZie development, its Token Fest Boston attendance, the formation of an active Advisory Force, and an upcoming accredited investor opportunity on KlickZie.io. Naturally, all of those steps coming in a bearish Bitcoin environment would likely have a very different outcome. But, in this case, it’s been a rocket ride.

Tautachrome Inc (OTCMKTS:TTCM) trumpets itself as an internet and blockchain technology development company with revolutionary patents granted, pending and licensed, including Talk-to-the-Picture social networking, trustable imagery creation, and via an augmented reality-based “ArKnet system” providing virtual interfacing between providers of household products & services, and the consumers of these goods & services.

The Company is establishing a cryptotoken-based ecosystem to monetize this body of technology. The Company’s top priority is developing its branded KlickZie platform which will turn smartphones into trustable imagers meaning they are capable of capturing pictures and videos that can be verified as original, untampered and un-photoshopped.

Furthermore, the KlickZie platform will serve as the world’s first imagery-based social portal network. And finally, the Company’s ArKnet system will provide virtual interfacing between consumers and providers in the global household goods and services marketplace.

According to company materials, “Tautachrome, Inc. (OTCQB:TTCM) is an emerging growth company in both the blockchain/cryptocurrency sector and the smartphone picture and video technology sector. Tautachrome has high-speed blockchain concepts under development aiming to couple with the Company’s revolutionary patents in smartphone-image authentication and imagery-based social networking interaction.”

Find out when $TTCM reaches critical levels. Subscribe to OracleDispatch.com Right Now by entering your Email in the box below.

As noted above, TTCM just announced a number of big points highlighting the company’s activity in the crypto space, helping to launch the stock in recent action.

The stock has seen just under 510% during the past month in terms of shareholder gains in the stock. In addition, the company has seen interest climb, with an increase in recent trading volume of exceeding 150% beyond its prior sustained average level.

Also noted in its most recent release, the company intends to offer its KLK cryptotokens to the public in an offering to be registered under the Securities Act of 1933, for the purpose of raising up to $100 million in proceeds to further develop our KlickZie trusted imaging technology and our KlickZie high speed zChain blockchain in support of a KLK-based crypto transaction ecosystem. According to the release, “the proposed offering will take place as soon as practicable upon effectiveness of a registration statement to be filed with the SEC. We can give no assurance that the registration statement will ever be effective or that the proposed offering will take place as anticipated or at all.”

Currently trading at a market capitalization of $63.5M, TTCM has virtually no cash on the books, which compares with about $2.3M in total current liabilities. The company is pre-revenue at this point. We will update the story again as soon as further details emerge. Sign-up for continuing coverage on shares of $TTCM stock, as well as other hot stock picks, get our free newsletter today and get our next breakout pick!

Disclosure: we hold no position in $TTCM, either long or short, and we have not been compensated for this article.