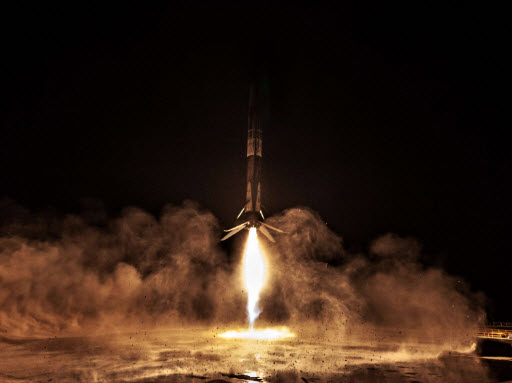 Shares of Marimed Inc (OTCMKTS:MRMD) rallied sharply on Thursday, closing more than 21% higher on the day on better-than-average volume. There wasn’t any clear catalyst driving the action, but the move follows closely on the heels of news that the company announced a licensing agreement with Denver-based Binske, which offers an innovative range of diverse cannabis products. The deal opens up a wide range of possibilities for new growth for the company.

According to the release, “Under the terms of the agreements, MariMed is licensed to manufacture and distribute the Binske portfolio of products in seven states: Illinois, Ohio, Massachusetts, Rhode Island, Maryland, Delaware, and Maine, adding substantially to the availability of Binske brands, which are currently licensed in Colorado, Nevada, Florida, and California. The Binske brands include a variety of consumer options, including concentrates, edibles, vaporizers, and topicals.”

As noted above, MRMD just announced a licensing agreement with Denver-based Binske, which offers an innovative range of diverse cannabis products.

Traders will note 31% added to share values of the stock over the past week of action. In addition, the listing has seen a growing influx of trading interest, with the stock’s recent average trading volume running 67% beyond what we have been seeing over the larger time frame.

Ryan Crandall, MariMed’s Chief Product Officer and SVP Sales, stated, “Binske is a popular brand in Colorado and Nevada, and we are enthusiastic about the potential of its products in the markets where we operate. Binske will be an exciting addition to the diverse portfolio of seven brands MariMed currently owns and licenses, such as Betty’s Eddies™, Nature’s Heritage™ and Kalm Fusion™, among others. Binske conforms to MariMed’s standards of high quality and expert formulation that our customers rely on. We expect to have Binske products available during the fourth quarter of 2019.”

Earning a current market cap value of $317M, MRMD has a significant war chest ($4.2M) of cash on the books, which is balanced by about $15M in total current liabilities. MRMD is pulling in trailing 12-month revenues of $13.3M. In addition, the company is seeing major top-line growth, with y/y quarterly revenues growing at 68.8%. We will update the story again soon as further details emerge. Sign-up for continuing coverage on shares of $MRMD stock, as well as other hot stock picks, get our free newsletter today and get our next breakout pick!