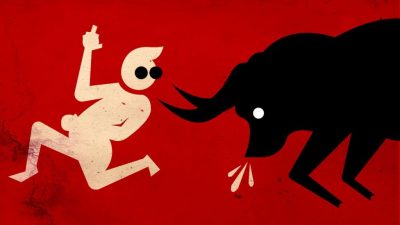 In the vein of possible bottoming moves, Medmen Enterprises Inc (OTCMKTS:MMNFF) took off to the upside on Tuesday. The move was a key technical event, but was powered by a clear headline catalyst. Specifically, the company announced unaudited systemwide revenue figures for the fiscal fourth quarter 2019, which ended on June 29, 2019, with the fiscal fourth quarter 2019 showing systemwide revenue across MedMen’s operations in California, Nevada, New York, Arizona and Illinois, excluding pending acquisitions, totaled US$42.0 million (CA$55.5 million), up 15% sequentially.

According to the release, “The Company also provided an update on several corporate initiatives, including efforts to optimize SG&A and raise capital, the status of the pending PharmaCann transaction and retail store expansion. The Company plans to announce financial results for Fiscal 2019 after market close on October 28, 2019.”

The chart shows 8% during the past week in terms of shareholder gains in the stock. What’s more, the listing has registered increased average transaction volume recently, with the past month seeing 17% beyond its prior sustained average level.

“Q4 2019 was another quarter of solid execution for MedMen and a very strong end to our fiscal year,” said Adam Bierman, MedMen co-founder and chief executive officer. “Throughout 2019, we broadened our geographic footprint through strategic acquisitions, which leverage our existing corporate infrastructure as we enter new markets. Following the closing of pending acquisitions, we will be licensed for up to 92 retail locations across 12 states, and there is tremendous opportunity ahead to turn the balance of our retail licenses into revenue-generating storefronts.”

At this time, carrying a capital value in the market of $324M, MMNFF has about $12.2M in cash on the books, which must be weighed relative to a mountain of over $86M in total current liabilities. The company has been pulling in significant revenues, with over $7M in Q1 of this year, representing over 630% quarterly y/y growth on the top line. This may be a very interesting story and we will look forward to updating it again soon. Sign-up for continuing coverage on shares of $MMNFF stock, as well as other hot stock picks, get our free newsletter today and get our next breakout pick!