Shares of Discovery Gold Corp (OTCMKTS:DCGD) represent relative strength among the cannabis contingent in the market. The stock has been the subject of some controversy since hitting the market as a reverse merger story over the summer. To help add some color to the story, the company just announced it has added Cannabis industry leader Vicki Christophersen as a member of its Strategic Advisory Board.

Discovery Gold Corp (OTCMKTS:DCGD) frames itself as GRN Holding Corporation following a reverse merger that made some serious waves in the cannabis patch a couple of months ago.

This new identity emerged in the clear public light after the company announced that it had added venture and financing industry veteran Justin Costello to its Strategic Advisory Board. In this capacity, Mr. Costello is expected to help guide Cannabis Global Inc.’s strategic planning, investments and partnerships in the rapidly growing cannabis industry.

Mr. Costello is the President and CEO of Discovery Gold Corporation (OTC PINK: DCGD) of Seattle, Washington, a fast-growing, publicly-traded new entrant into the cannabis marketplace. He also manages and is the CEO of GRN Funds, LLC, a private equity and hedge fund that secures banking resources for small to medium businesses and ancillaries.

“We are excited to have Justin Costello join the Cannabis Global Inc. team. His expertise in strategic planning and venture capital will help our growing company to identify potential acquisition partners and the best sources of capital to allow us to meet our aggressive growth plans in not only the industrial hemp sector but also within other areas of the cannabis industry,” commented Arman Tabatabaei, CEO of the Company. “We welcome Justin to Cannabis Global family.”

Find out when $DCGD reaches critical levels. Subscribe to OracleDispatch.com Right Now by entering your Email in the box below.

As noted above, DCGD just announced it has added Cannabis industry leader Vicki Christophersen as a member of its Strategic Advisory Board.

The stock has been moving in a lateral range for most of the past few weeks after diving off its all-time highs above $2/share. The action has continued to hold above an upward-sloped 50-day simple moving average. That effectively maintains the context of a bullish trend.

“Ms. Christophersen has been a tireless leader in advocating at the state and federal level for the cannabis sector. Her expertise and insights to the regulated industry are a valuable asset. It’s a real honor to have Vicki on the DCGD/GRN Holdings Team” commented Justin Costello, CEO of the Company.

Earning a current market cap value of $236M, DCGD has virtually no cash on the books, which stands against virtually no total current liabilities. The company is pre-revenue at this point. As more color becomes clear on the name, we will review the situation and update our take. Sign-up for continuing coverage on shares of $DCGD stock, as well as other hot stock picks, get our free newsletter today and get our next breakout pick!

Disclosure: we hold no position in $DCGD, either long or short, and we have not been compensated for this article. 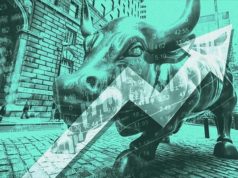 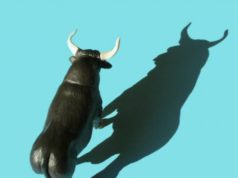 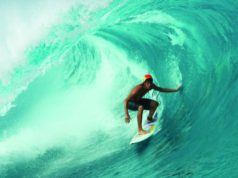