Where Next for Aphria Inc (NYSE:APHA) Shares? 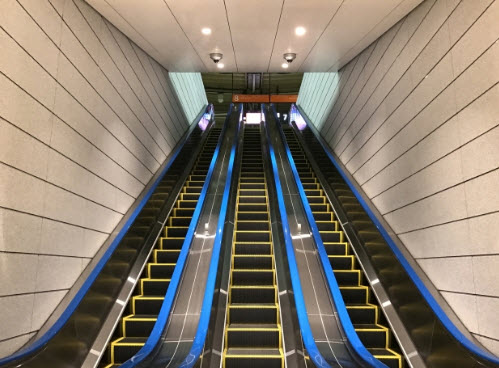 Shares of Aphria Inc (NYSE:APHA)﻿ are interesting right now. One of the company’s major strategic investments, High Tide Inc. (HITIF), an Alberta -based, retail-focused cannabis corporation enhanced by the manufacturing and wholesale distribution of smoking accessories and cannabis lifestyle products, just announced that the Canna Cabana location in Unit #6128 at 403 Mackenzie Way SW in Airdrie has received its first delivery of recreational cannabis products from “Alberta Gaming, Liquor, and Cannabis”, and today will begin selling cannabis and accessories.

According to the release, “High Tide currently has 30 branded locations selling recreation cannabis products across Canada , inclusive of the Airdrie Store. “As promised, High Tide has steadily executed on its growth plans to become the largest retailer of recreational cannabis in Alberta . By hitting the 30-store milestone, we continue to be a leading retailer in the country as well,” said Raj Grover, President and Chief Executive Officer of High Tide. ” Airdrie is rapidly growing as a neighbouring community to the north of Calgary and we are excited to open this Canna Cabana store in this excellent location,” added Mr. Grover. The development permits for the remaining Canna Cabana and KushBar stores needed to achieve the AGLC’s maximum of 42 are currently under various stages of development and construction. Outside of Alberta , High Tide currently has a Canna Cabana retail cannabis store in Swift Current, Saskatchewan , along with 3 branded locations in Hamilton , Sudbury and Toronto, Ontario .”

Aphria Inc (NYSE:APHA) bills itself as a company that produces, supplies, and sells medical cannabis in Canada. Its cannabis products include dried flowers and cannabis oils. APHQF sells its products through its online store and telephone orders, as well as MMPR licensed producers.

Find out when $APHA reaches critical levels. Subscribe to OracleDispatch.com Right Now by entering your Email in the box below.

As noted above, APHA just saw one of its primary strategic investments, High Tide, announce that the Canna Cabana location in Unit #6128 at 403 Mackenzie Way SW in Airdrie has received its first delivery of recreational cannabis products from “Alberta Gaming, Liquor, and Cannabis”, and today will begin selling cannabis and accessories.

The chart shows 10% during the past week in terms of shareholder gains in the listing. In addition, the stock has witnessed a pop in interest, as transaction volume levels have recently pushed 61% beyond its prior sustained average level.

According to the High Tide release, separately, the Company recently authorized 4,500,000 warrants with an exercise price of $0.30 per share for issuance to various arm’s length third parties as payment for capital markets advisory services.

Earning a current market cap value of $1.17B, APHA has a significant war chest ($464.3M) of cash on the books, which stands against about $123M in total current liabilities. APHA is pulling in trailing 12-month revenues of $349.9M. In addition, the company is seeing major top-line growth, with y/y quarterly revenues growing at 848.8%. As more color becomes clear on the name, we will review the situation and update our take. Sign-up for continuing coverage on shares of $APHA stock, as well as other hot stock picks, get our free newsletter today and get our next breakout pick!

Disclosure: we hold no position in $APHA, either long or short, and we have not been compensated for this article.