Planet 13 Holdings Inc (OTCMKTS:PLNHF) Could be a Fresh Leader 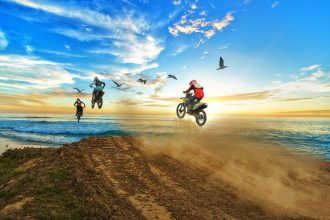 Drive Shack Inc. (DS) shares are trading at higher $1.76 and the avg recommendation for the stock is Strong Buy. To add more color...
Read more
Investing

Insmed Incorporated (INSM) shares are trading at higher $39.75 and the avg recommendation for the stock is Strong Buy, while the current analyst price...
Read more
Investing

Camping World Holdings Inc. (CWH) shares are trading at lower $30.77 and the avg recommendation for the stock is Moderate Buy, while the current...
Read more
Investing

BridgeBio Pharma Inc. (BBIO) shares are trading at lower $48.85 and the avg recommendation for the stock is Strong Buy, while the current analyst...
Read more

Another name that has been consistently outperforming the broader cannabis patch is Planet 13 Holdings Inc (OTCMKTS:PLNHF). This was further justified when the company recently announced financial results for the three-month period ended September 30, 2019, including revenues of $16.7 million, compared to $4.9 million a year earlier, representing an increase of 241%.

Larry Scheffler, Co-CEO of Planet 13 commented, “The SuperStore celebrated its one-year anniversary at the start of this month and 12 months on, even with this location generating $59.5 million in revenue2 and accounting for 9% of the State’s cannabis sales3, we are just at the beginning of the growth potential for this site and for Planet 13. With Phase II and wholesale operations just getting underway, we expect to continue generating profitable growth as we expand the sales of our well-regarded in-house, in-store produced brands both on-site and in 3rd party dispensaries state-wide commencing in the New Year.”

Recent action has seen 5% during the past month in terms of shareholder gains in the name. Moreover, the name has benefitted from a jump in recent trading volume to the tune of 35% beyond what we have been seeing over the larger time frame.

Bob Groesbeck, Co-CEO added, “In Q3, the highly profitable four-wall economics at the SuperStore drove our third consecutive quarter of positive EBITDA and positive operating cash flow. In addition to having recently opened Phase II in Las Vegas, we have been moving forward with our license acquisition in Santa Ana. Backed by a tier-one location close to tourist traffic and Planet 13’s world-class customer service, this location is poised to continue to build Planet 13’s reputation for creating world-class cannabis entertainment destinations while generating additional value for shareholders.”

At this time, carrying a capital value in the market of $121M, PLNHF has a significant war chest ($26.1M) of cash on the books, which is balanced by about $15.3M in total current liabilities. One should also note that debt has been growing over recent quarters. PLNHF is pulling in trailing 12-month revenues of $57.9M. In addition, the company is seeing major top-line growth, with y/y quarterly revenues growing at 286.8%. You can bet we will update this one again as new information comes into view. Sign-up for continuing coverage on shares of $PLNHF stock, as well as other hot stock picks, get our free newsletter today and get our next breakout pick!

Tesoro Enterprises, Inc (OTCMKTS:TSNP) is on a Remarkable Run

Many stocks managed to scale new heights in November and one of the notable gainers during last month was the Tesoro Enterprises...
Read more
Wall Street Daily

KB Home (NYSE:KBH) on the Path to Ruin

KB Home (KBH) shares are trading at lower $33.57 and the avg recommendation for the stock is Moderate Buy, while the current analyst price...
Read more
Sector News

NexGen Energy Ltd. (NXE) shares are trading at higher $1.92. To add more color to this target, the company’s high over the last year...
Read more
Opinion

Inphi Corporation (IPHI) shares are trading at lower $150.05 and the avg recommendation for the stock is Moderate Buy, while the current analyst price...
Read more
Investing

Five Below Inc. (FIVE)’s Stock is Jumping, Here is Why

Five Below Inc. (FIVE) shares are trading at lower $156.07 and the avg recommendation for the stock is Strong Buy, while the current analyst...
Read more
ORACLEDISPATCH