According to the release, LAPC is a hard-to-treat disease that leaves patients with very little hope after first-line therapies, Abraxane plus gemcitabine or FOLFIRINOX, no longer offer any benefit to this patient population. The company’s Chief Operating Officer, Dr. Gerald W. Crabtree, said of this group of patients, “Here we have a cadre of patients that are virtually untreatable. They respond to a certain degree to first-line treatment and then can no longer respond, and there they sit with very little option for further response.”

Pharmacyte Biotech Inc (OTCMKTS:PMCB) trumpets itself as a clinical stage biotechnology company that focuses on developing and commercializing cellular therapies for cancer and diabetes in the United States.

Its cellular therapies are developed based on Cell-in-a-Box, a proprietary cellulose-based live cell encapsulation technology used as a platform to treat various types of cancer, including advanced and inoperable non-metastatic pancreatic cancer, as well as diabetes.

The company is developing therapies for pancreatic and other solid cancerous tumors involving the encapsulation of live cells placed in the body to enable the activation of cancer-killing drugs to the source of the cancer. It is also developing a therapy for Type 1 diabetes and insulin-dependent Type 2 diabetes; and therapies for cancer based on the constituents of the cannabis plant.

We’ve witnessed 33% during the past week in terms of shareholder gains in the listing. In addition, the name has seen a growing influx of trading interest, with the stock’s recent average trading volume running nearly 110% above its longer-run average levels.

PharmaCyte’s Chief Scientific Officer, Prof. Dr. Walter H. Günzburg, says, “We’ll be placing those 300 capsules angiographically into the pancreas just upstream of the tumor.  The idea being that blood will then come in, bring the non-active prodrug, ifosfamide, to the capsules, and the drug will then be converted inside the capsules to its active form and the prodrug will stream directly into the tumor, so this gives the highest possible concentration of the tumor-killing drug actually at the site of the tumor.”

Now commanding a market cap of $61M, PMCB has a chunk ($328K) of cash on the books, which is balanced by about $607K in total current liabilities. The company is pre-revenue at this point. We will update the story again as soon as further details emerge. Sign-up for continuing coverage on shares of $PMCB stock, as well as other hot stock picks, get our free newsletter today and get our next breakout pick! 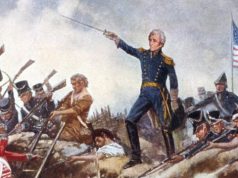 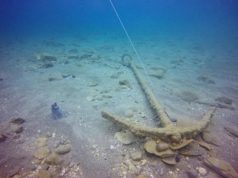