Shares of Liberty Health Sciences Inc (OTCMKTS:LHSIF) has been an outperformer in the cannabis space in recent action. Helping to fuel that posture, the company just announced it will open its 22nd Florida location in Orlando, serving a population in excess of 2.5 million, subject to approval from the Florida Department of Health.

According to the release, “located at 9815 S. Orange Blossom Trail Orlando, FL. 32837, the new 4,695 square foot dispensary will be open Monday through Friday, 10 a.m. to 7 p.m., Saturday, 10 a.m. to 5 p.m., and Sunday, 12 p.m. to 5 p.m. The store offers an attractive retail and reception area, along with two large private consultation and waiting rooms. Locally inspired wall-art will be featured throughout the store on a rotating basis.”

It has a strategic partnership with Veterans’ Cannabis Project to support various research projects focused on the treatment of service-related trauma with cannabis-derived products as well as a partnership with AdaViv Inc. to enhance the production of cannabis.

According to company materials, “Liberty is the cannabis provider committed to providing a trusted, high-quality cannabis experience based on our genuine care for all cannabis users and a focus on operational excellence from seed to sale and beyond. Liberty’s measured approach to expansion opportunities maximizes returns to shareholders while keeping consumers’ well-being at the forefront of what we do.”

As noted above, LHSIF just announced it will open its 22nd Florida location in Orlando, serving a population in excess of 2.5 million, subject to approval from the Florida Department of Health.

While this is a clear factor, it has been incorporated into a trading tape characterized by a pretty dominant offer, which hasn’t been the type of action LHSIF shareholders really want to see. In total, over the past five days, shares of the stock have dropped by roughly -4% on above-average trading volume. All in all, not a particularly friendly tape, but one that may ultimately present some new opportunities. In addition, the stock has witnessed a pop in interest, as transaction volume levels have recently pushed 17% above the average volume levels in play in this stock over the longer term.

“We continue to be laser-focused on expanding our footprint throughout the state and this magnificent location in the heart of Orlando will help us attract a large population of patients in the central region of Florida,” said Victor Mancebo, Interim Chief Executive Officer of Liberty. “We have been hearing from patients for quite a while their desire to have a full-service Liberty dispensary in the state’s largest inland city and we’re pleased to deliver the convenience and services they have grown to expect from us.”

Now commanding a market cap of $155.3M, LHSIF has a significant war chest ($23.9M) of cash on the books, which compares with about $6.4M in total current liabilities. LHSIF is pulling in trailing 12-month revenues of $22.8M. In addition, the company is seeing major top-line growth, with y/y quarterly revenues growing at 378.9%. We will update the story again as soon as further details emerge. Sign-up for continuing coverage on shares of $LHSIF stock, as well as other hot stock picks, get our free newsletter today and get our next breakout pick! 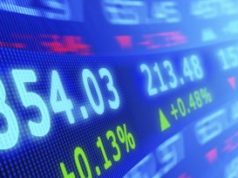 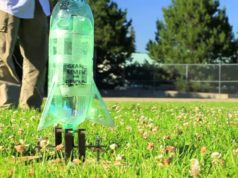 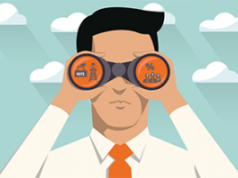 Noah Holdings Limited (NYSE:NOAH) on the Path to Profitability