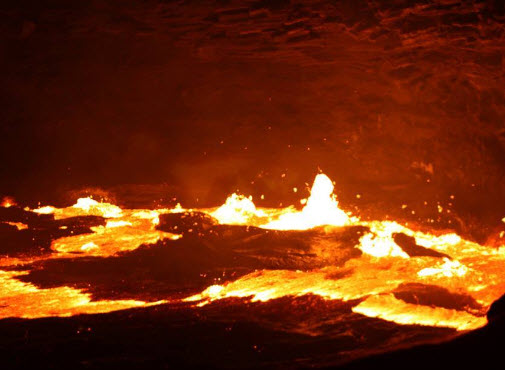 Cannabics Pharmaceuticals Inc (OTCMKTS:CNBX) just announced that in a pre-clinical study held at the company’s High Throughput Screening (HTS) lab facilities in Israel, preliminary findings show that the cannabinoid Cannabigerol (CBG) was shown to have a greater anti-tumor effect on human stomach and bone cancer cell lines compared to CBGA, the acidic form of the compound.

According to the release, “CBG is a non-psychoactive cannabinoid found in minute quantities in the raw cannabis plant. Also known as the “mother” cannabinoid, other cannabinoids such as THC, CBD, CBN and CBC are synthesized from CBG. It is anecdotally known to show promise in having anti-inflammatory qualities and may act as an antibacterial agent.”

Cannabics Pharmaceuticals Inc (OTCMKTS:CNBX) frames itself as an early stage biotechnology company that engages in the development and licensing of cannabinoid-based treatments and therapies.

The company focuses on developing and marketing therapies and biotechnological tools for the relief from various ailments that respond to active ingredients sourced from the cannabis plant. It offers Cannabics SR, a medical cannabis capsules to treat cancer related cachexia/anorexia syndrome in advanced cancer patients.

The company also focuses on the commercialization of a diagnostic test based on liquid biopsies of patients suffering from epithelial cancers; and development of diagnostics that monitor cancer progression and cannabinoid cancer sensitivity tests for the treatment of cancer with cannabinoid medicine. Cannabics Pharmaceuticals Inc. has a collaboration with SIMFO GmbH for circulating tumor cell drug sensitivity tests.

According to company materials, “Cannabics Pharmaceuticals Inc. (OTCQB: CNBX) is a U.S. public company that is developing a platform which leverages novel drug-screening tools and artificial intelligence to create cannabinoid-based therapies for cancer that are more precise to a patient’s profile. By developing tools to assess effectiveness on a personalized basis, Cannabics is helping to move cannabinoids into the future of cancer therapy. The company’s R&D is based in Israel, where it is licensed by the Ministry of Health to conduct scientific and clinical research on cannabinoid formulations and cancer.”

Find out when $CNBX reaches critical levels. Subscribe to OracleDispatch.com Right Now by entering your Email in the box below.

As noted above, CNBX just announced that in a pre-clinical study held at the company’s High Throughput Screening (HTS) lab facilities in Israel, preliminary findings show that the cannabinoid Cannabigerol (CBG) was shown to have a greater anti-tumor effect on human stomach and bone cancer cell lines compared to CBGA, the acidic form of the compound.

We’ve witnessed better than 170% during the past month in terms of shareholder gains in the listing. In addition, the company has benefitted from a jump in recent trading volume to the tune of nearly 410% beyond what we have been seeing over the larger time frame.

Dr. Yaakov Waksman, the company’s Head of Cannabidiol Research, said: “CBG is gaining a lot of interest as of late by the scientific community due to its potential therapeutic properties. The recent preliminary findings from our research team illustrate how purified cannabinoids can potentially yield anti-tumor activity and enable us to examine the entourage effect of botanical extracts versus the purified compounds. We are excited by these preliminary findings and plan to perform additional experiments in the near future to further support them.”

At this time, carrying a capital value in the market of $37.6M, CNBX has a significant war chest ($3.5M) of cash on the books, which stands against about $439K in total current liabilities. CNBX is pulling in trailing 12-month revenues of $10K. However, the company is seeing declines on the top-line on a quarterly y/y basis, with revenues falling at -30.4%. This is an exciting story, and we look forward to a follow-up chapter as events transpire. Sign-up for continuing coverage on shares of $CNBX stock, as well as other hot stock picks, get our free newsletter today and get our next breakout pick!