Is Aurora Cannabis (NYSE:ACB) Ready To Recover After The Earnings? 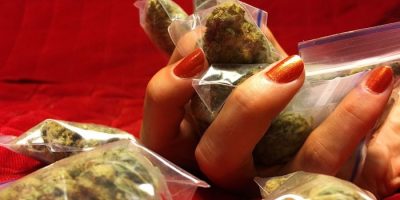 Aurora Cannabis (TSX:ACB) (NYSE:ACB) is the second biggest cannabis producer, but the company has been through a lot of trouble lately, and that was confirmed with its performances in the fiscal second quarter. Revenues declined by 26% from the previous quarter to $56 million, and the company also reported a net loss of $1.3 billion. However, some analysts believe that it’s not a completely hopeless situation for Aurora.

Hence, it is important to take a look at the near term upside in the Aurora stock. First and foremost, it should be noted that the company has put in place an extensive restructuring initiative that seeks to target some of the company’s biggest issues.

Aurora’s biggest worry has been its spiraling expenses, and the company wishes to cut it by around $40 million to 50 million by June. In the latest quarter, expenses stood at $100 million. On the other hand, the legalization of cannabis derivative products could also be a big boost for the Aurora as it looks to use its 150,000 kilos a year production capacity.

Find out when $ACB reaches critical levels. Subscribe to OracleDispatch.com Right Now by entering your Email in the box below.

Moreover, the fact that it has got back the permission to start selling in Germany again should also be a massive boost and could help the company in beating its projection of $62 million in revenues for the ongoing quarter.

While these are definite positives for the company, it should also be noted that the Aurora management is no longer as bullish about the company’s prospects in the European Hemp space. The Latin American operations are lagging as well and are set to report annual growth of only 3%. Revenues from patient counseling services and analytical testing services have also gone down in recent times.

Lastly, Aurora reported wholesale cannabis sales of only $2.38 million, which represents a massive 88% drop from the June 2019 quarter. However, the possibility of new store rollouts and the launch of new products could see some near term growth for the company. Investors could keep the stock in their watch lists at this time. Sign-up below for continuing coverage on shares of $ACB stock, as well as other hot stock picks, get our free newsletter today and get our next breakout pick!