Why Sports Venues of Florida Inc (OTCMKTS:BTHR) is Worth Watching Now 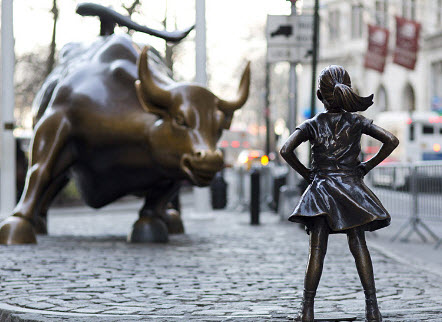 In searching out some speculative opportunities in the small and micro-cap space, we came across a new name that may deserve some attention: Sports Venues of Florida Inc (OTCMKTS:BTHR). The stock has started to run and volume and liquidity are beginning to get traction, so we thought we would have a closer look.

First off, BTHR is clearly at heart a real estate play. The company aligns itself with the youth sports marketplace through its vision of family fun sports complexes and live streaming of youth sports – and no doubt, eSports will enter into the equation here as the story develops. But the big point here that we see is a team that has already had decades of success in the real estate development space, coordinating billions of dollars in financing and working with local authorities on game-changing projects. It’s all there on the company’s website. These guys are for real. And that means we need to take the company’s vision seriously. And, at that point, this becomes a very interesting speculative opportunity.

Sports Venues of Florida Inc (OTCMKTS:BTHR) promulgates itself as a development stage company that owns, develops, and operates venues for youth and adult team sports.

Its primary objective right now is the construction and launch of a pilot version of its family-oriented sports complex thesis, which it will no doubt then look to expand into domestic US and possibly international opportunities for expansion.

The idea is pretty simple: optimize the community sports complex concept to include amenities including recreational activities, dining, shopping, entertainment, and even lodging. That creates the potential to capture a dominant position in the rapidly growing traveling youth sports marketplace, which is a much bigger market opportunity than most people realize.

Youth Sports is projected to grow to $76 billion by 2026 according to extensive recent research and analysis from Wintergreen Research published in December. According to the report, “Worldwide $24.9 billion youth sports markets are poised to achieve significant growth as travel teams become more popular and families learn to enjoy time together during a weekend sporting event.”

The company also just acquired LYSN, Inc, which is a leadership play in the youth sports digital streaming media space. According to company estimates, LYSN is projected to bring in over $20 million in revenues over the coming year.

Finally, some materials suggest the company is working to include an eSports dimension to this model. Details on this explosive factor will likely be forthcoming in BTHR corporate communications.

Find out when $BTHR reaches critical levels. Subscribe to OracleDispatch.com Right Now by entering your Email in the box below.

As noted above, BTHR has started to show signs of life in the tape. And we looked into the stock and found something that looks genuinely interesting as a speculative opportunity in the youth sports and eSports market segment.

The stock is starting to pick up steam right now, rallying as much as 200% in the past month on steadily rising volume. That movement includes a decisive breakout above the stock’s major moving averages, presenting technicians with ample reason to take notice. The next major level of resistance on the chart is above in the $0.20 area where it will fill the gap from its gap lower last summer.

The big picture point we would make at this stage for BTHR is that it’s worth following. We would expect a sharp uptick in corporate communications as the company starts to move from development stage to commercial stage operations. That transition could already be underway under the surface. The point of speculative opportunity is to find a high-quality management team working on a big and disruptive vision in a high growth market space, and to do so before the crowd has any real reason to be on board and pushing the share price up. The speculative win is to be on board before the big news hits. Right now, based on every standard indicator we would use to ferret out an opportunity like that, BTHR is sending out all the right signals.

Currently trading at a market capitalization of $5.6M, BTHR has virtually no cash or debt on the books and is still pre-revenue. But the company is developing a major operation that links up youth sports and eSports in a powerful growth equation that should be subject to a number of coming catalysts if we’re any judge. Keep an eye out here. We could see some big things brewing for BTHR. We will update the story again as soon as developments transpire. Sign-up for continuing coverage on shares of $BTHR stock, as well as other hot stock picks, get our free newsletter today and get our next breakout pick!

Disclosure: we hold no position in $BTHR, either long or short.