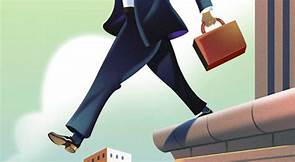 Widening net loss is the latest tailwind taking a toll on MedMen Enterprises (CSE:MMEN) (OTCQX:MMNFF) sentiments in the market. In the second quarter, the company posted a net loss of $40.6 million, more than double a net loss of $18.7 million reported a year ago. The wider than expected net loss came even as the company continued to reign on costs as it has sought to shore up its bottom line.

Net loss from continuing operations was up to $74.8 million from $63.2 million reported a year ago. Amidst the net loss, the company reported a 50% increase in revenues that came in at $44.1 million. However, revenues still fell short of analysts’ estimates of $49.5 million.

Retail revenues from operations in California totaled $32.4 million, representing an 8% increase from the previous quarter.  Likewise, retail revenue in Nevada increased by 10% to $5.9 million. During the quarter, MedMen opened four new retail locations in Florida as part of its expansion drive. The company now has eight stores in the state.

MedMen is in the process of opening its second store in Illinois as it continues to diversify its revenue streams. In Massachusetts, the company is awaiting regulatory approval to commence, construction of its Fenway location. The company has already signed a lease for a new retail location. During the quarter, MedMen closed a $10 million credit facility that provides it with much-needed financing to continue expanding into new markets in pursuit of opportunities for growth.

In defense of the disappointing financial results, Chief Investment Officer, Ben Rose, reiterated the progress made so far in streamlining the company’s operations. The focus going forward is on streamlining operations to strengthen the balance sheet and bring in additional capital.

According to Chief Executive Officer, Ryan Lissack now is the best time to re-asses the business as well as a narrow focus on operations working for the company. That said, senior management continues to explore ways of cutting costs as well as executing on four-wall economics with an eye on a path to profitability.

Sign-up for continuing coverage on shares of $MMNFF stock, as well as other hot stock picks, get our free newsletter today and get our next breakout pick!