Nader Pourhassan, Ph.D., president and chief executive officer of CytoDyn, stated, “We currently have more than 70 patients eagerly waiting to participate in this basket trial and expect the first patient injection to take place within approximately ten days. Furthermore, overall enrollment of the trial could be completed in as little as 30 to 60 days, as this is a 30-patient trial.”

While this is a clear factor, it has been incorporated into a trading tape characterized by a pretty dominant offer, which hasn’t been the type of action CYDY shareholders really want to see. In total, over the past five days, shares of the stock have dropped by roughly -4% on above average trading volume. All in all, not a particularly friendly tape, but one that may ultimately present some new opportunities. Furthermore, the listing has seen a growing influx of trading interest, with the stock’s recent average trading volume running just under 230% above the average volume levels in play in this stock over the longer term.

“Peripheral blood sampling from Patient #1 in the mTNBC trial, who has been on leronlimab for approximately five months, revealed no cancer cells or cancer associated cells (0 CTC, 0 EMT and 0 CAML). In addition, Patient #2, who has been on leronlimab for almost 3 months in the MBC study, with brain metastasis, continues to show in the latest CT scan, stable lesions that are now described as scar-like suggesting repair in the metastatic tumors,” added Bruce Patterson, M.D., chief executive officer and founder of IncellDx, a diagnostic partner and an advisor to CytoDyn. “These data are substantiating the relationship between CCR5 and immune cell infiltrates and response which supports the current basket trial.”

Earning a current market cap value of $460M, CYDY has a bankroll ($1.2M) of cash on the books, which is balanced by about $29.7M in total current liabilities. One should also note that debt has been growing over recent quarters. The company is pre-revenue at this point. You can bet we will update this one again as new information comes into view. Sign-up for continuing coverage on shares of $CYDY stock, as well as other hot stock picks, get our free newsletter today and get our next breakout pick! 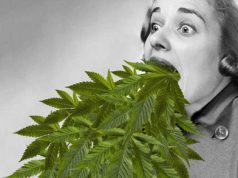