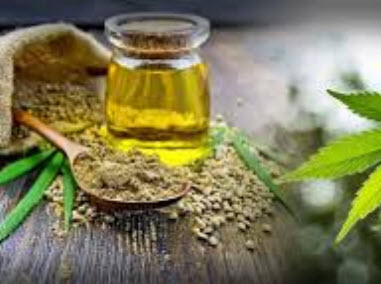 We take the position that the CBD space has been in a true-blue bear market for the past year, but it now may be working its way through a bottoming process that could spell major opportunity for stocks like Sun Kissed Industries Inc. (OTCMKTS:SKDI), Charlotte’s Web Holdings Inc (OTCMKTS:CWBHF), and Medical Marijuana Inc (OTCMKTS:MJNA). We would see SKDI as the most promising of this group because it represents one of the most interesting brands in the space right now: Hakuna. The big point is this: CBD is a commodity. But CBD-based products are differentiated across the market. Hakuna has won awards for its high-quality coffees, chocolates, and other products. It has over 110 points of distribution across the US market in over 20 states. And it has one of the real stars-in-the-making, Ilan Freeman, at its helm.

By contrast, MJNA has proven itself as one of the real busts of the cannabis world, with a history of massive and chronic dilutive behavior. CWBHF is far more developed as a commercial player but is still really just peddling a commodity that itself is experiencing a major glut. SKDI, by contrast, produces unique award-winning products that contain CBD but are nonetheless differentiated by brand development and quality standards. It may well be the case that the marketplace has not become fully aware that SKDI acquired Hakuna in a transaction that closed a few weeks ago. That could explain the lack of price appreciation for shares given the full revenue potential in place for 2020 following this acquisition. But we wouldn’t bet against justice being served on the charts for long.

Sun Kissed Industries Inc. (OTCMKTS:SKDI) bills itself as an emerging leader in the CBD-based products marketplace. According to its materials, the company is pursuing meaningful acquisitions as part of an aggressive M&A strategy designed to position Sun Kissed as a dominant player in a well-defined, high-growth niche within the rapidly expanding CBD sector.

It’s recent acquisition of Hakuna speaks to that mission and affirms a sense of credibility in its communications.

As the world becomes more fully aware of this acquisition, we would anticipate a repricing of the stock, which could be an interesting opportunity for investors – because it doesn’t appear as though that process has taken place yet.

According to Statista, estimated annual CBD usage rates in the USA are expected to rise from 6% of the adult population in 2018 to an explosive 25% within 3 years. CBD-based foods revenues are expected to hit $1.12 billion by 2025, or $3.72 billion if CBD-based beverages are included.

Much of the growth we have seen over the past year has been due to a mainstreaming process where a niche market is becoming a mainstream market, with new adopters streaming in day after day. That has upped long-term growth prospects for CBD product suppliers. SKDI is centrally positioned in that trend after its acquisition of Hakuna.

Find out when $SKDI, $MJNA, and CWBHF reach critical levels. Subscribe to OracleDispatch.com Right Now by entering your Email in the box below.

To help further drive a sense of differentiation, SKDI just announced a very successful showing for Hakuna at the CHAMPS Trade Show in Las Vegas.

According to the release, the company demonstrated its Legacy Lock Box, which is biometrically controlled through cutting-edge technology and a sleek design with an ingenious fingerprint access mechanism. The company has already booked strong sales at the show and anticipates an even stronger performance in terms of fresh sales through the end of the event on Friday, given the amount of attention Hakuna products have already received.

The stock has been trading higher so far in 2020, and sits around its 50-day simple moving average right now, which should act as a key support level, potentially serving as a base to try a retest of the penny level and above around the corner.

“The fingerprint boxes are a huge hit,” commented Hakuna CEO, Ilan Freeman. “We have already been approached by several distributors who want to bring this product on, including some looking for exclusive access. We have also been giving a sneak preview of our high-end coffee capsules but are in the process of finalizing packaging before we can reasonably engage buyers. Furthermore, we plan on taking some of our larger buyers out to dinner this evening in effort to close a major contractual agreement that could be an immediate game-changer for Hakuna.”

When comparing leading CBD plays, such as Sun Kissed Industries Inc. (OTCMKTS:SKDI), Charlotte’s Web Holdings Inc (OTCMKTS:CWBHF), and Medical Marijuana Inc (OTCMKTS:MJNA), we would suggest thinking in terms of how to circumnavigate the notion of CBD as a simple commodity. Right now, that puts SKDI in the driver’s seat.

Earning a current market cap value of $3.7M, SKDI is now moving toward full commercial-stage operations following its acquisition of Hakuna, which has multi-million-dollar sales figures already in place in a massive US distribution network. We should get a chance soon to look under the hood of those financials as the company starts to report with Hakuna in the fold. This may be a very interesting story and we will look forward to updating it again soon. Sign-up for continuing coverage on shares of $SKDI stock, as well as other hot stock picks, get our free newsletter today and get our next breakout pick!

Disclosure: we hold no position in $SKDI, $MJNA, or $CWBHF either long or short.