Is Zogenix (NASDAQ:ZGNX) Ready To Bounce After The Recent Correction? 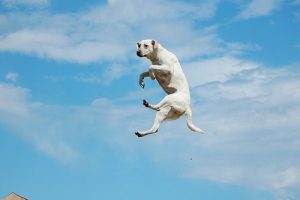 Stocks often bounce back even after going through a lot of pain for an extended period of time, and investors in pharmaceutical company Zogenix, Inc. (NASDAQ:ZGNX) must be hoping for such a recovery. It has declined by as much as 55% in the last three months, and the latest blow came about last month the U.S. Food and Drug Administration extended the review period for one of its products.

The product in question is Fintepla, for which the company had sent in a New Drug Application (NDA). However, it is important to figure out if the current price level of the stock presents a buying opportunity or not.

Firstly, it should be noted that Zogenix does not have any approved products in the market at this point, and its fortunes are currently dependent on Fintepla. The medicine in question is meant to treat seizures suffered by Dravet syndrome patients. The medicine is being considered for other conditions as well, like Lennox-Gastaut syndrome (LGS).

However, the FDA stated that the NDA was not ‘sufficiently complete.’ The company, however, reiterated that it has high hopes for the product and is already preparing for its launch in Europe and the United States.

However, experts believe that even if Fintepla is eventually launched by the company, it will face stiff competition from companies like GW Pharmaceuticals. GW has made a success out of its CBD medicine Epidiolex and generated total sales of $296.4 million in 2019. Moreover, it has also emerged that Fintepla might not actually be particularly effective against a condition like Lennox-Gastaut syndrome.

Investors were not particularly moved from the Phase 3 data, which showed that seizures were reduced by only 26.5%. Hence, it is quite clear that the company is facing stiff competition for the only medicine that it has in the pipeline at the moment, and these factors make it a stock that could be avoided by investors at this point. Sign-up for continuing coverage on shares of $ZGNX stock, as well as other hot stock picks, get our free newsletter today and get our next breakout pick!

Disclosure: we hold no position in $ZGNX, either long or short, and we have not been compensated for this article.