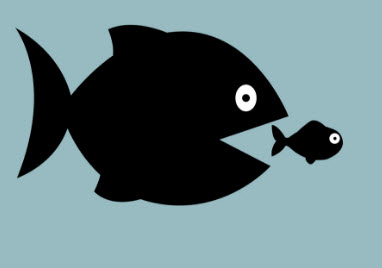 HIVE Blockchain Technologies Ltd (OTCMKTS:HVBTF) just announced that it has initiated an expansion of its flagship GPU-based digital currency mining facility in Sweden. The expansion is anticipated to result in a more than 20% increase in the facility’s Ethereum mining production capabilities while improving its gross mining margin profile by leveraging the existing fixed cost base at the facility.

According to the release, HIVE’s facility in northern Sweden currently operates GPU mining rigs powered entirely by green energy via renewable hydroelectricity, consistent with the Company’s green energy strategy. The expansion will see the Sweden facility’s mining capacity increase by more than 20% in two phases, expected to be completed within the next six months. The Company will leverage its existing relationships with local suppliers, including energy suppliers and facility operator Blockbase Mining Group, with no anticipated increase in staffing and only a 10% expansion in its facility size required.

As noted above, HVBTF just announced that it has initiated an expansion of its flagship GPU-based digital currency mining facility in Sweden.

Even in light of this news, HVBTF has had a rough past week of trading action, with shares sinking something like -44% in that time. That said, chart support is nearby and we may be in the process of constructing a nice setup for some movement back the other way. In addition, the name has seen interest climb, with an increase in recent trading volume of just under 130% beyond its prior sustained average level.

“This is an opportune time for us to expand our Ethereum mining capacity and gross mining margin profile at a relatively low capital investment,” said HIVE’s Interim Executive Chairman Frank Holmes. “We have full visibility into our Sweden facility build out costs after we assumed 100% control of our operations last year and entered into direct agreements with suppliers and service providers. Since that point, we have improved the efficiency of our mining rigs and significantly lowered our operating and maintenance expenses in Sweden.”

Currently trading at a market capitalization of $44M, HVBTF has a significant war chest ($12.4M) of cash on the books, which stands against about $7.4M in total current liabilities. HVBTF is pulling in trailing 12-month revenues of $42.9M. However, the company is seeing declines on the top-line on a quarterly y/y basis, with revenues falling at -40.8%. We will update the story again soon as further details emerge. Sign-up for continuing coverage on shares of $HVBTF stock, as well as other hot stock picks, get our free newsletter today and get our next breakout pick!