Royal Caribbean Cruises (NYSE:RCL) Bounces Back, But Will it Sustain? 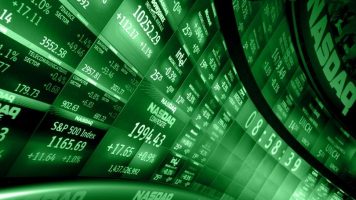 The coronavirus pandemic has hit a wide range of industries in highly negative ways, and many stocks have sunk like a stone over the course of the past days. One such industry is the lucrative cruise industry, which has been shut down in light of the pandemic.

Cruise company Royal Caribbean Cruises Ltd (NYSE:RCL) stopped its operations on March 14, and although the company said that it would last till April 14, this halt can go on for longer. The stock dropped to $24.65 a share last week, which is a far cry from its 52-week high of $135.32 a share. However, the stock gained almost 60% since last Monday and now trading at $40.

In such a situation, it is worthwhile to figure out if the Royal Caribbean stock is worth considering at these levels.

What to do now?

This sort of a shutdown can often put a company’s survival at risk, and in order to tide over the crisis, Royal Caribbean has boosted its credit line by $550 million in order to boost its liquidity. Additionally, it has allowed customers to cancel up to 48 hours before their journey. Alternatively, customers could get 125% credit on a future cruise if their cruise stands canceled. The company is also reducing its capital expenditure and ‘taking other actions’ in order to boost its liquidity this year to as much as $1.7 billion.

However, the biggest concern for the company at this point in time is the return of customers when this crisis is over. Cruises are well known for suffering from healthcare-related problems, and that may make less frequent customers reluctant to return to cruises too early. In 2019, the company generated a profit of $2 billion, and this year Royal Caribbean had expected to improve that further. However, the profits might now be wiped off due to the current crisis.

At this point, the company has $1.5 billion in cash, and experts believe that even if it loses revenues in one quarter, it can eventually return to being profitable again. That being said, the share price might actually take many quarters to recover. Sign-up for continuing coverage on shares of $RCL stock, as well as other hot stock picks, get our free newsletter today and get our next breakout pick!

Disclosure: we hold no position in $RCL, either long or short, and we have not been compensated for this article.