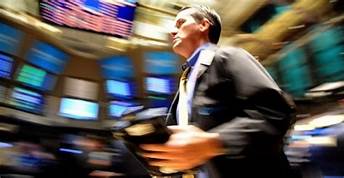 MedMen Enterprises (CSE:MMEN) (OTCQX:MMNFF) may have been one of the bigger companies in the industry at one point, but things have not been great for the cannabis retailer over the past few months. On Tuesday, the company announced that it has managed to get $12.5 million in proceeds from investors Gotham Green Partners.

It is a welcome development for MedMen. The funds are part of the senior secured convertible debt facility worth $250 million that is being led by Gotham Green. The company stated that, along with its subsidiary MM CAN USA Inc, it is going to issue more senior secure convertible notes to the lenders.

MedMen also revealed that it is also going to provide lenders with as many as 48.08 million share purchase warrants. The holder of a warrant will be eligible to buy a share in MedMen for 26 cents at any time in the next five years. It remains to be seen what sort of effect it has on the company’s stock.

Find out when MedMen reaches critical levels. Subscribe to OracleDispatch.com Right Now by entering your Email in the box below.

The latest turn of events at MedMen is a far cry from the days when the company was regarded as a potential winner of the United States cannabis industry. However, it seems that the company’s burn rate eventually caught up with it.

Back in October 2019, the company pulled the plug on the $682 million deal to acquire PharmaCann. The company had agreed on the deal back a year earlier. The company offered a range of reasons for its actions, but it seems that it was MedMen’s cash position that triggered the move. At the end of the quarter that ended on December 28 last year, the company had $26 million in cash on its books.

Moreover, it had also been denied access to the $115 million out of the $280 million in financing from Gotham Green. Lastly, the company’s bad decisions in California have affected the MedMen’s growth in the state. Through the first half of fiscal 2020, the company has made an operating loss of $103.3 million, and hence, some analysts believe that MedMen might not be able to survive in the long term. Sign-up for continuing coverage on shares of $MMNFF stock, as well as other hot stock picks, get our free newsletter today and get our next breakout pick!