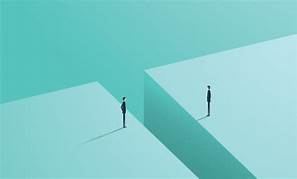 While it used to be best known for smartphones, Nokia (NYSE:NOK) is now largely a telecommunication equipment company. The stock has performed poorly since hitting 2019 highs, and by the middle of March, it had experienced declines to the tune of around 50%. But, trading action of late shows there is promise.

Many investors might believe that this could be an opportunity to pick up the Nokia stock. Hence, it is important to take a closer look at the Nokia stock and figure out if it is worth investing in. 5G is going to be rolled out soon, and work is in progress to get the infrastructure in place for the much-anticipated launch.

5G is a major opportunity for telecom equipment providers, and hence, there could be a play on the Nokia stock. It is expected to drive future growth for the company, and it has already signed up partnerships with big-ticket companies like Marvell Technology and Intel. 5G remains the most important trigger for Nokia, but if the rollout is delayed or gets stalled, then it could be a problem for the company. That being said, key operators like AT&T and Verizon have not made any such comments. As of now, a delay does not seem to be on the horizon as far as 5G rollout is concerned.

However, the coronavirus pandemic has put pressure on the economy and also on companies across sectors. Hence, it could result in lower capital expenditure spending, and if that happens, then things could get uncertain for Nokia.

The situation with the Nokia stock is binary in nature. If the 5G rollout progresses as expected, then it could be a boost for the stock, but if there are delays, then it could have a highly negative effect on the stock. That being said, analysts believe that Nokia is going to generate earnings of 27 cents per share in 2020. However, analysts have also projected that revenues are going to decline by 3.5% and hit $22.3 billion.