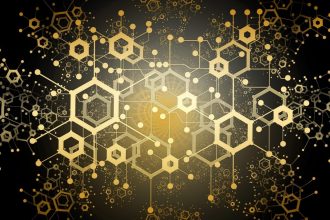 As crypto starts to heat back up, it may pay to note that HIVE Blockchain Technologies Ltd (OTCMKTS:HVBTF) just announced that it has completed its previously announced acquisition of a dedicated cryptocurrency mining operation with access to 30 megawatts of low-cost green power at a leased facility located in Lachute, Quebec from Cryptologic Corp.

According to the release, “The purchase price of approximately C$4.0 million was satisfied through C$1,000,000 in cash, being the cash portion of the purchase price, C$956,230.60 representing the estimated closing working capital comprised substantially of prepaid and deposits less a holdback amount and the issuance of 15,000,000 common shares (“HIVE Shares”) to Cryptologic at a deemed price of C$0.20 per HIVE Share. In addition, HIVE will invest at least C$3.0 million in new cryptocurrency mining equipment for the Facility. Cryptologic now owns approximately 4% of HIVE’s basic common shares, with the HIVE Shares subject to customary resale and transfer restrictions.”

According to company materials, “HIVE Blockchain Technologies Ltd. is a growth-oriented, TSX.V-listed company building a bridge from the blockchain sector to traditional capital markets. HIVE is strategically partnered with Genesis Mining Ltd. to build the next generation of blockchain infrastructure. HIVE owns state-of-the-art GPU-based digital currency mining facilities in Iceland and Sweden, which produce newly minted digital currencies like Ethereum continuously as well as cloud-based ASIC-based capacity which produces newly minted digital currencies like Bitcoin. Our deployments provide shareholders with exposure to the operating margins of digital currency mining as well as a growing portfolio of crypto-coins.”

As noted above, HVBTF just announced that it has completed its previously announced acquisition of a dedicated cryptocurrency mining operation with access to 30 megawatts of low-cost green power at a leased facility located in Lachute, Quebec from Cryptologic Corp.

Recent action has seen a bit more than 120% tacked on to share pricing for the name in the past month. Furthermore, the stock has seen interest climb, with an increase in recent trading volume of 49% over what the stock has registered over the longer term.

“We’re extremely pleased to have completed the acquisition of this Facility,” said Frank Holmes, Interim Executive Chairman of HIVE. “Multiple factors make Quebec a very attractive location for us including geographic diversification and competitive costs for green energy, skilled labor and taxes.

Currently trading at a market capitalization of $95M, HVBTF has a significant war chest ($12.4M) of cash on the books, which stands against about $7.4M in total current liabilities. HVBTF is pulling in trailing 12-month revenues of $42.9M. However, the company is seeing declines on the top-line on a quarterly y/y basis, with revenues falling at -40.8%. We will update the story again as soon as further details emerge. Sign-up for continuing coverage on shares of $HVBTF stock, as well as other hot stock picks, get our free newsletter today, and get our next breakout pick!