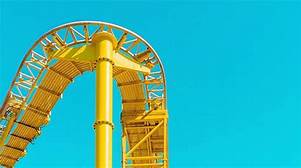 The oil crash earlier last week has been a major blow to many oil companies, and one of those was Chesapeake Energy Corporation (NYSE:CHK).

The company has billions of dollars in debts on its books, and the crash in the oil price had raised concerns about its continued existence. Furthermore, the oil driller’s stock has done a remarkable nosedive, and over the course of the past three days, it has sunk by as much as 150%.

What to do Now?

On Tuesday, Chesapeake stock fell by as much as 18% and ended the day at $15.47 a share. The primary reason behind the drop in the stock price is the fact that the company’s plan to adopted a poison pill strategy in its attempts to stave off any attempts of a takeover, has fallen on deaf ears.

The poison pill strategy means the sort of downsides that will be experienced by any entity which attempts to take over another company by trying to acquire a significant amount of an already declining stock. It is an industry term and is often used by struggling companies to stave off takeovers.

In an announcement, Chesapeake revealed that if any entity manages to acquire 4.9% of the company’s stock, then shareholders’ rights will be exercised by way of which the common shares can be bought at a 50% discount.

Such a measure is almost certain to thwart any takeover attempt, and that is precisely the reason why the stock price has rebounded. That being said, it is also important to remember that the stock futures have rebounded in the meantime as well, and that could have had a hand in the recovery as well. Earlier on in April, the shareholders at the company approved a reverse stock split by way of which one share for 200 shares.

Chesapeake is still in a tough position financially, and $192 million worth of bonds are going to be due in August this year. The company’s total debt stands at $9 billion.