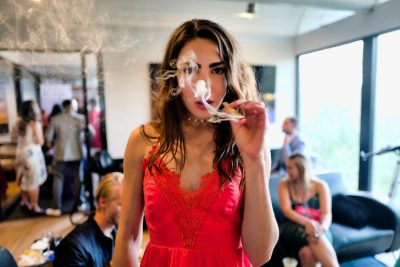 Aurora Cannabis (TSX:ACB) (NYSE:ACB) is one of the biggest companies in the cannabis industry, but over the course of the past months, it has suffered considerably, and that has been reflected in its stock price as well. Late Thursday last week, the company announced its financial results for the fiscal third quarter, and the results proved to be a disappointment.

The company generated revenues of C$75.5 million for the quarter, which ended up reflecting a sequential rise of 35% from the fiscal second quarter. The company had projected only modest growth in sales, and hence, the 35% sequential rise beat expectations comfortably.

However, at the same time, it should be noted that Aurora suffered a loss of $137.4 million for the quarter, and on top of that, the SG&A (selling, general and administrative) expenses soared to CA$75.1 million. These are highly problematic numbers and especially so once one considers the inventory levels of CA$215 million over the past nine months.

Aurora Cannabis (TSX:ACB) (NYSE:ACB), however, flew by as much as 70% last Friday, and it started just as strongly this week. On Monday morning, the Aurora stock has managed to record gains to the tune of 40% so far.

The rise in the stock price is probably related to the better than expected revenues posted by the company. It should be noted that analysts projected Aurora to post revenues of $67.6 million in the quarter.

On top of that, Ladenburg Thalmann analyst Glenn Mattson reiterated his buy rating on the stock, and that could be another reason behind the remarkable rally in the stock this morning. While maintaining his buy rating, Mattson cut the price target to $18 a share from $36 a share. This is not really a surprise considering the fact that the Aurora stock recently had a share split, and the lowered price target reflects that adjustment. Sign-up below to follow critical breakouts on $ACB and other fast-moving stocks.