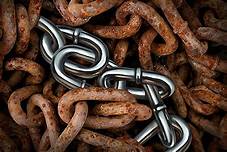 In the cannabis industry bad returns for a particular stock can impact the rest as has been the case of Aphria (NYSE:APHA). APHA has been one of the best performing cannabis operators in the last year in terms of profitability and sales but the negative industry outlook has depressed its valuation. Therefore Aphria is hugely undervalued and could be a solid investment.

In the cannabis sector, profits have been elusive and most companies have even plunged deeper in losses. However, Aphria has managed to post a profit in three of its last quarter. In the third quarter the company’s results showed that it had almost doubled YoY sales and also posted a profit.

Despite Aphria benefiting from fair value adjustments the company managed to keep its costs manageable. However there was an increase in general administrative costs by 24%. Also the company managed to bring down expenses following the announcement early this month that it will repurchase around CA$127.5 million of its convertible notes.

This will reduce the company’s debts as well as save around $6.7 million per year in interest costs. Therefore if the company continues to cut costs it makes its profits eve more sustainable going forward.

Also the company is in a strong liquidity position and at the end of Q3 it had CA$515.5 million in cash and investments.  In the last nine months the company burned CA$124.4 million in its daily operations which is a quarter of the amount it has on hand. This is a pretty decent burn rate putting the operator in a better position to weather the coronavirus pandemic in the event there is slowing of sales.

The company has a good cash balance unlike other cannabis operators and thus it presents a good investment opportunity. The stock is relatively cheap and it is improving its financials thus could give investors solid returns.