Chinese electric vehicle manufacturer (NESE:NIO) had been in quite a bit of trouble earlier this year, but the company’s fortunes have turned around in recent days. Recently, the company announced that it reached a definitive agreement with regards to an investment that also included the municipal government of Hefei.

Considering the fact that the company had been suffering from an immense cash crunch, it was a significant development. That being said, cash burn remains the company’s biggest problem, and that is not going to go away any time soon. The cash burn in Q4 2019 remained high despite the liquidity crunch at NIO.

One of the favorable developments for the company has been the fact that it has managed to restart its operations in China following the coronavirus induced lockdowns. Moreover, NIO also reported encouraging delivery numbers for the month of April. However, if the company has to survive as a business in the long term, then it would have to do without capital raises every few years.

The company revealed that its gross margins are expected to be in double digits by the end of the year. In addition to that, investors need to keep in mind that in case of significant money troubles, the Chinese government is probably going to bail the company out.

The recent investment from the Hefei government is probably an indication of the government’s intention of bailing out NIO. Moreover, the Chinese authorities have also extended the subsidies for electric vehicles, and while that is an overall boost for the industry, it should be noted that NIO’s vehicles do not qualify for the said subsidies.

The company has got a breather, and in the long term, its fortunes are going to depend on its gross margins in addition to its cash burn rates. While China’s continued backing of electric vehicles is a positive, NIO needs to prove that it can run a sustainable business. Sign-up below to follow critical updates on NIO and other fast-moving stocks. 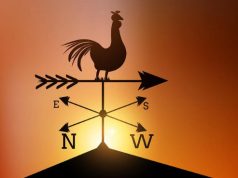