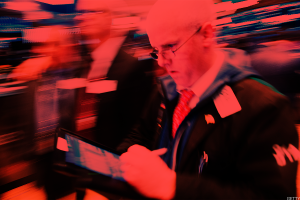 CymBay put off the phase 2b study for seladelpar on non-alcoholic steatohepatitis (NASH) last November. This was because of safety concerns that emerged after pathologists established that there was liver tissue damage in subjects. However, last week there was positive development after a panel of experts overturned the previous findings that indicated that the drug resulted in liver damage. The experts proposed for the restart of the clinical development of seladelpar pending FDA approval.

CymBay CEO, Sujal Shah indicated that they are yet to discuss the full results of the company’s investigation or the conclusions of the panel of experts with the FDA. He added that the company is planning to re-engage the FDA as soon as possible.

Approval of seladelpar will be a huge win for CymBay

The company is not making money for now and it is not producing positive net income because it does not generate any revenue. This is a small-sized company with only 36 employees which can help it keep costs down but could be a challenge if the FDA approves seladelpar and the company wishes to commence production.

Another issue of concern is that it is likely that the FDA might not agree with the findings of experts to approve clinical trials. Similarly even if the clinical trials commence, the efficiency of seladelpar against NASH could not be strong or the side effects of the drug might not be worth the risk.

However despite the challenges the drug has potential owing to the large number of Americans affected by NASH. Most importantly there is no FDA approved NASH treatment and thus if seladelar is the first this could be a huge score.

Also CymBay says there are other uses of seladelpar against various inflammatory liver conditions. It is also being considered for use in the treatment of primary biliary cholangitis. Sign-up below for continuing coverage on CBAY and other breakout stocks.