According to the release, due primarily to the impact of the coronavirus (COVID-19) pandemic on the Company and its financial team preparing the financial reports and results, the Company has filed a Current Report on Form 8-K to avail itself of a 45 day extension to file its Form 10-Q, relying on an order issued by the Securities and Exchange Commission on March 25, 2020 pursuant to Section 36 of the Securities Exchange Act of 1934, as amended (Release No. 34-88465) (the “SEC COVID Order”). The Registrant will file its Form 10-Q as soon as practicable, and in any event, within the 45-day extension period under the SEC COVID Order.

Recent action has seen 71% added to share values of the stock over the past week of action. Furthermore, the listing has witnessed a pop in interest, as transaction volume levels have recently pushed nearly 150% beyond its prior sustained average level.

“The success of our consolidation strategy contributed to our sales momentum in the first quarter of 2020, enabling us to grow quarterly revenues by 112% compared to the prior year period,” said Bob Fireman, CEO of MariMed. “We are pleased with the consistently strong performances reported by our consolidated cannabis businesses in Illinois and Massachusetts as well as an increase in licensing revenues, in line with our strategic growth plan. As we move through 2020, we expect to continue strong revenue growth from further consolidation of our client businesses as well as the expansion of our product portfolio into additional states.”

Now commanding a market cap of $58M, MRMD has a stash ($2.2M) of cash on the books, which must be weighed relative to about $36.7M in total current liabilities. One should also note that debt has been growing over recent quarters. MRMD is pulling in trailing 12-month revenues of $45.6M. In addition, the company is seeing major top-line growth, with y/y quarterly revenues growing at 50.9%. You can bet we will update this one again as new information comes into view. Sign-up for continuing coverage on shares of $MRMD stock, as well as other hot stock picks, get our free newsletter today and get our next breakout pick! 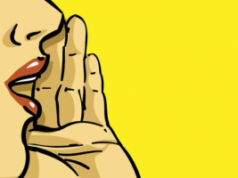 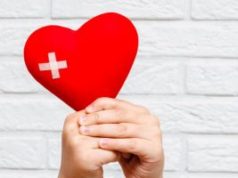 The Trade Desk Inc. (NASDAQ:TTD) Stock is Plummeting, Here is Why

The Trade Desk Inc. (NASDAQ:TTD) Stock is Plummeting, Here is Why