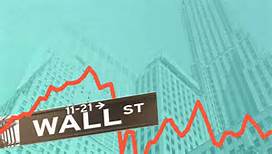 It shouldn’t be overlooked that Acreage Holdings Inc (OTCMKTS:ACRGF) just announced the sale of certain non-core assets as part of an update to its overall strategic plan to focus on key, profitable operations.

According to the release, the Company expects this shift in focus will lead to immediate margin improvements and accelerate its pathway to achieve positive pro-forma adjusted EBITDA for the full year 2020. The strategic shift is a direct response to significant changes in capital markets, and in anticipation of continued historic pressure on consumer sentiment and regional and national economic uncertainties. In addition to the sale of some non-core and other under-performing assets, Acreage intends to operate with a more optimized overhead cost structure and corporate team to adapt to an ever-changing cannabis landscape.

As noted above, ACRGF just announced the sale of certain non-core assets as part of an update to its overall strategic plan to focus on key, profitable operations.

Recent action has seen 46% tacked on to share pricing for the company in the past month. Moreover, the company has seen interest climb, with an increase in recent trading volume of 77% beyond its prior sustained average level.

Kevin Murphy, Chairman and CEO of Acreage, commented: “The impact of the COVID-19 pandemic on U.S. cannabis operators has been profound, at a time when the industry was already reeling from decreased access to capital, legislative uncertainty, and the illicit-market vaping crisis that struck our industry by association. Led by a nimble operating team and Board of Directors that has proven its ability time and again to adapt and thrive in challenging times, we are supremely confident our plan will ensure operational profitability and excellence and position us to deliver improved shareholder returns in short order.”

Earning a current market cap value of $253M, ACRGF has virtually no cash on the books, which compares with virtually no total current liabilities. ACRGF is pulling in trailing 12-month revenues of $74.1M. In addition, the company is seeing major top-line growth, with y/y quarterly revenues growing at 101.5%. You can bet we will update this one again as new information comes into view. Sign-up for continuing coverage on shares of $ACRGF stock, as well as other hot stock picks, get our free newsletter today and get our next breakout pick!