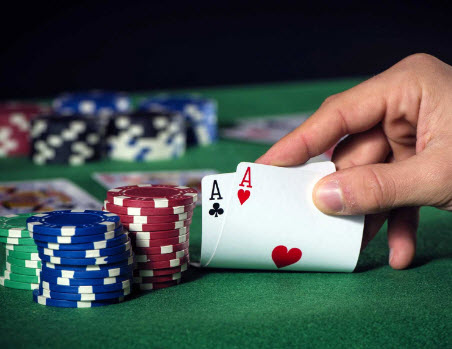 The next wave in the pot stock space appears to be underway, with fresh election catalysts on the way in November, when a number of US states will vote on legalization, powering stocks like Cannabis Strategic Ventures (OTCMKTS:NUGS) higher in anticipation. We point to NUGS because the company has started to put together an interesting narrative that is working on multiple dimensions, with increasing production capacity, expanding sales volume, and widening profit margins all reinforcing the picture right now.

This last point on expanding margins was recently highlighted when the company announced that recent sales from its latest harvest earned unit pricing at a strong 11% premium to current industry-standard benchmarks for cannabis sales on a per pound basis. According to cannabisbenchmarks.com, cannabis sales in the U.S. currently average roughly $1,525 per pound. The company has transitioned from selling at a discount relative to benchmark levels six months ago to now selling at a premium to benchmark levels, with pricing in recent sales coming in at approximately $1,700 per pound.

Cannabis Strategic Ventures (OTCMKTS:NUGS) is actually one of the most rapidly growing stories in the cannabis space, with a strong presence in the California cannabis marketplace showing consistent growth on a sequential monthly and quarterly basis. Q2 2020 appears to be a breakout quarter for the company, so we would expect traders will be hearing more and more about the stock as we move forward this year.

In addition, the company has recently successfully expanded its production capacity by as much as 150%, more than doubling harvest size as a result. That expansion was necessary to keep up with demand as overall top-line sales have increased rapidly during calendar Q2, with the monthly pace of sales this quarter on pace to average more than 800% above the average monthly pace seen in calendar Q1, leaving the Company now on a pace to exceed $10 million in annualized sales of cannabis products.

As noted above, NUGS just announced that it is seeing better pricing, which is translating into widening expectations for bottom-line performance. This follows recent announcements about expanded production capacity and a dramatic jump in top-line growth.

Shares of the stock are beating the wider space as well, with NUGS pushing over 100% higher in the past two months on steadily ramping trading volume.

As for the company’s latest announcement of widening margins based on better pricing, management had this to say: “We have seen a steady improvement in per pound pricing driven by improving quality mostly as a consequence of better operational execution at NUGS Farm,” remarked Simon Yu, CEO of Cannabis Strategic Ventures. “It also represents another signal that we are heading in the right direction in terms of our core objectives: expanding production capacity, expanding sales volume, and expanding profitability on a per unit basis.”

Earning a current market cap value of $21M, NUGS has a store ($222K) of cash on the books on trailing 12-month revenues of $2.9M. In addition, the company is seeing recent top-line growth, with sequential quarterly revenues growing at 91.4%. This is an exciting story, and we look forward to a follow-up chapter as events transpire. Sign-up for continuing coverage on shares of $NUGS stock, as well as other hot stock picks, get our free newsletter today and get our next breakout pick!