One might do well to take notice of the fact that Medmen Enterprises Inc (OTCMKTS:MMNFF) just announced its consolidated financial results third quarter 2020 ended March 28, 2020. According to the release, the company saw systemwide revenue across MedMen’s operations in California, Nevada, New York, Illinois and Florida increased to $45.9 million for the quarter, up 41% year-over-year and corporate SG&A totaled $17.3 million, a 35% decrease from previous quarter, and 51% decrease from the prior year period.

Subsequent to the quarter end, the company further reduced corporate SG&A through an additional approximate 25% reduction in corporate headcount. In aggregate, the Company has reduced overall corporate SG&A by over $100 million on an annualized basis since the initial cost cutting efforts began in the fiscal second quarter of 2019.

As noted above, MMNFF just announced its consolidated financial results third quarter 2020 ended March 28, 2020. According to the release, the company saw systemwide revenue across MedMen’s operations in California, Nevada, New York, Illinois and Florida increased to $45.9 million for the quarter, up 41% year-over-year and corporate SG&A totaled $17.3 million, a 35% decrease from previous quarter, and 51% decrease from the prior year period.

Traders will note 46% piled on for shareholders of the stock during the trailing month. Furthermore, the stock has registered increased average transaction volume recently, with the past month seeing 63% above the average volume levels in play in this stock over the longer term.

“We continued to make significant progress during the third quarter by delivering top-line growth, reducing our corporate overhead and attracting capital to support our strategic plan,” said MedMen Interim Chief Executive Officer Tom Lynch. “We are encouraged by the steps the business has taken to focus on disciplined growth and profitability amidst a challenging and unprecedented global environment. Through the strength of the MedMen brand and the capital partners that continue to support the Company, we are well-positioned to execute on our goal of being the leading cannabis retailer.”

Earning a current market cap value of $89.6M, MMNFF has about $34M in cash on the books, which stands against $115M in total current liabilities. The company pulled in over $44M last quarter, up 50% on a y/y basis. This may be a very interesting story and we will look forward to updating it again soon. Sign-up for continuing coverage on shares of $MMNFF stock, as well as other hot stock picks, get our free newsletter today and get our next breakout pick! 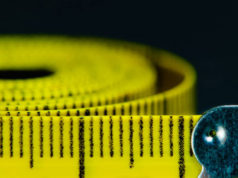 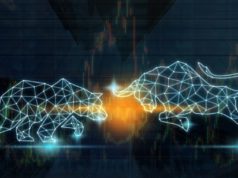 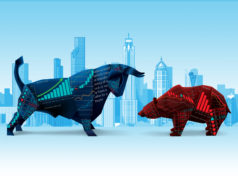 Sasol Limited (NYSE:SSL) on the Path to Ruin