Market participants may benefit from noting that ISW Holdings Inc (OTCMKTS:ISWH) recently announced its entrance into a new venture with Bit5ive LLC, a global leader in cryptocurrency mining and innovative turnkey mining solutions. New players in the crypto mining capital equipment space are rare – especially those that offer retail investors an avenue for a much-needed and often overlooked element in 21st century portfolio exposure.

Yes, it probably sounds a bit unconventional. But one might suggest that will change, and probably sooner than later. Just as investment advisors traditionally recommend some exposure to precious metals, and have done so for a century, cryptocurrencies offer a new and probably more pragmatic solution to the same problem of fiat currency debasement. Transitions are always multi-step and a sense of cultural resistance is an essential property. But something like Bitcoin offers the same confined supply guarantee that gold does, except it is much more rational to expect to buy things with a bitcoin account than with a nugget of gold, so it is certainly more functional as a currency alternative. Which is the point.

ISW has established itself as a Technology, home healthcare and wellness company with a focus on reshaping different sectors across various industries. The company uses state-of-the-art nanotechnology processes to develop a wide range of effective nano-infused wellness and restoration products, provides home healthcare services with its Paradigm Home Health company, and sources renewable energy for the purpose of furthering its technology projects via its partnership with Proceso.

Now, as of its most recent release, the company has entered the cryptocurrency mining capex space through its new joint venture with Bit5ive, LLC, a leading distributor of Bitmain machines.

According to the release, “Bit5ive is an official distribution partner of Bitmain, the industry-leading fabless manufacturer of computing chips and distributor of Antminers to more than 30 countries in Latin America, Central America, and the Caribbean. In addition, Bit5ive is the producer and distributor of POD5 and Power Skid 2.5, the most efficient and successful infrastructure for crypto mining hardware. Bit5ive is quickly becoming one of the largest U.S.-based companies in the cryptocurrency mining and bitcoin farm industry. The joint venture with ISW Holdings is the latest in a string of successes for the Company and an indication of the growing interest in bitcoin and blockchain technologies.”

The company has also partnered with Bengala Technologies to develop and commercialize enterprise and B2B software technology products targeting the logistics and supply-chain marketplace.

Find out when $ISWH reaches critical levels. Subscribe to OracleDispatch.com Right Now by entering your Email in the box below.

As noted above, ISWH has carved out a special place as new publicly traded point of access to the cryptocurrency mining capital equipment theme, which promises to be something like a 21st century version of mining equipment supplier for gold miners. This is especially true as the concept of 20th century fiat currency systems wavers on the cliff edge.

Already in the past 3 months, we have seen nearly $20 trillion dollars created out of thin air around the world (according to BofA) to combat the economic fallout related to the currency crisis. According to a report from Coherent Market Insights, the global cryptocurrency mining market was valued at US $610.91 million in 2016 and is expected to reach US $38.38 billion by 2025.

We’ve witnessed 80% added to share values of the name over the past week of action. Moreover, the listing has registered increased average transaction volume recently, with the past month seeing 31% beyond what we have been seeing over the larger time frame.

“We are incredibly excited to expand our current portfolio and move into what we believe is a sector poised for strong technological and financial growth,” stated ISW Holdings President and Chairman Alonzo Pierce. “This new joint-venture agreement enables us to collaborate with the experienced team at Bit5ive to innovate the infrastructure needed to run profitable, efficient crypto mining projects, and to take advantage of the incredible growth projected for the crypto market.”

Earning a current market cap value of $4.9M, ISWH is pulling in trailing 12-month revenues of $766K. In addition, the company is seeing major top-line growth, with y/y quarterly revenues growing at 10,960.6%. This may be an interesting story and we will look forward to updating it again soon. Sign-up for continuing coverage on shares of $ISWH stock, as well as other hot stock picks, get our free newsletter today and get our next breakout pick!

Disclosure: we hold no position in $ISWH, either long or short, and we have not been compensated for this article. 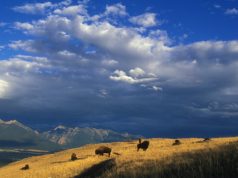 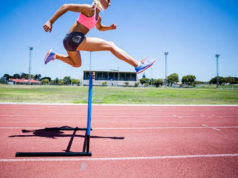 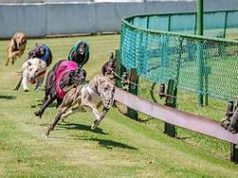 Liberty Health Sciences Inc (OTCMKTS:LHSIF) Back on the Radar

What to Make of the CytoDyn Inc (OTCMKTS:CYDY) Pullback