Cannabis Strategic Ventures (OTCMKTS:NUGS) is Evolving Before Your Eyes 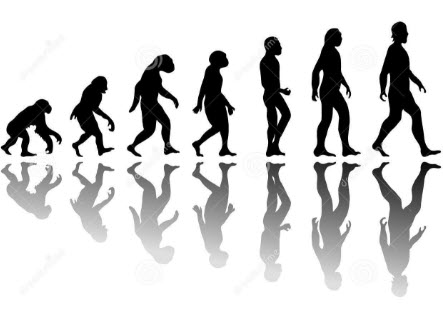 For active traders in the cannabis space, it may pay to take note of the fact that Cannabis Strategic Ventures (OTCMKTS:NUGS) just announced topline performance data for the month of June, which featured over $1.3 million in sales, representing over 40% sequential monthly revenue growth, which demonstrates a dramatic acceleration in month-over-month growth.

According to the release, helping to drive performance in June, management notes that the Company’s move in April to more than double its production capacity paid off in the form of expanded production last month as harvest size increased sharply. Prior to the expansion in harvest size, the Company had been consistently selling out of its entire inventory on a weekly basis.

Cannabis Strategic Ventures (OTCMKTS:NUGS) is one of fastest growing stories in the cannabis space, with a strong presence in the California cannabis marketplace in good company with companies like Gold Bee, California’s leading CBD producer showing consistent growth on a sequential monthly and quarterly basis. Q2 2020 appears to have been a true breakout quarter for the company, which already pointed to June as its best month ever and July as on course to beat that performance already. Our sense is that this elevation in positioning is because of the company’s strong investments in product quality and production capacity when many of its competitors were “turtling.”

As the company notes, it has been seeing consistent growth in orders and pricing standards and sees continued advances in these trends as well as continued favorable conditions in the California cannabis market heading into the heart of the summer months. This marks three key trends that seem to potentially point to very good things ahead for NUGS shareholders: sales are ramping, production is ramping, and pricing is ramping.

All are moving in step. And the company is pressing that advantage. To wit: to enable continued robust sales growth in the second half of the year and in 2021, and as noted in the Company’s release dated June 17, Cannabis Strategic Ventures is in discussions aimed toward obtaining additional square footage up to 300,000 square feet of greenhouse capacity for cannabis cultivation, which would more than double the Company’s current production capacity.

As noted above, NUGS just announced topline performance data for the month of June, which featured over $1.3 million in sales, representing over 40% sequential monthly revenue growth, which demonstrates a dramatic acceleration in month-over-month growth.

We’ve witnessed 51% during the past month in terms of shareholder gains in the stock. In addition, the name has registered increased average transaction volume recently, with the past month seeing 86% beyond its prior sustained average level.

“June set new records for the Company, with a massive acceleration in the pace of growth, which is so far continuing in July,” stated Simon Yu, CEO of Cannabis Strategic Ventures. “We have successfully repositioned ourselves in the ecosystem of the California cannabis marketplace, moving up the ladder and widening our distribution footprint. We will continue to focus on ramping production capacity and steadily driving gains in quality, efficiency, and volume. That has been our focus all year. Besides dramatic expansion in sales volume by weight, we have also been rewarded by the market with steady gains in pricing. That represents the ultimate positive reinforcement.”

Earning a current market cap value of $28.8M, NUGS has a store ($222K) of cash on the books on trailing 12-month revenues of $2.9M. In addition, the company is seeing recent top-line growth, with sequential quarterly revenues growing at 91.4%. This is an exciting story, and we look forward to a follow-up chapter as the narrative evolves. Sign-up for continuing coverage on shares of $NUGS stock, as well as other hot stock picks, get our free newsletter today and get our next breakout pick!