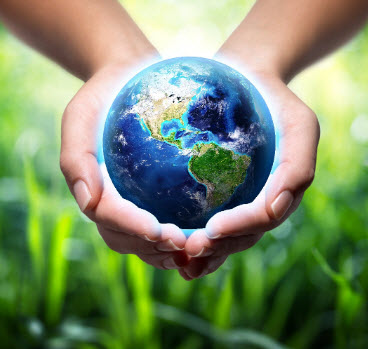 Traders may benefit from taking a closer look at Eco Innovation Group, Inc. (OTCMKTS:ECOX). This is a prime new ESG play organized as an innovation platform to commercialize new eco-oriented inventions with market viability. To advance this theme, the company just announced the signing of a fully executed Letter of Intent to establish an exclusive global licensing agreement for full commercial rights to market and sell the PoolCooled™ technology solution developed by inventor Lance Nist.

According to the associated release, PoolCooled™ utilizes proprietary technology to cool a home or building by taking cool water from an existing swimming pool and looping it through the existing air conditioning systems to boost air conditioning efficiency on a per-unit power consumption basis. Product testing suggests PoolCooled™ technology may reduce energy costs by as much as 50%.

Eco Innovation Group, Inc. (OTCMKTS:ECOX), as noted, is an incubation platform for commercializing eco-oriented innovations and inventions. The company boasts of strong legal agreements that grant it full and exclusive global commercial rights to its development pipeline products. And it is apparently hard at work building out that very pipeline.

Aside from PoolCooled™, the company also recently pointed to another core innovation already in its pipeline: “Our first initiative resulted in an exclusive global licensing agreement with the Bellagio IP Trust for the ECOX Power Booster™, which is a remarkable innovation that taps electricity and magnetism to increase the useful power derived from a given amount of energy. Customers using this technology may be able to increase the usable energy in their homes by as much as 150% while saving approximately 60% on their electric bills.”

That was drawn from the company’s shareholder letter out two weeks ago. Between the two ideas, we have reason to think this model may be building toward some striking commercial success. And we would expect an intensifying series of headline catalysts given that each project will now be set for steps toward commercialization, and also that the company will no doubt be announcing new products entering the pipeline now that the “machine” here is up and running.

As noted above, ECOX just announced the signing of a fully executed Letter of Intent to establish an exclusive global licensing agreement for full commercial rights to market and sell the PoolCooled™ technology solution developed by inventor Lance Nist.

The chart shows 300% tacked on to share pricing for the name in the past three months. What’s more, the listing has seen a growing influx of trading interest, with the stock’s recent average trading volume running 120% beyond its prior sustained average level.

“PoolCooled™ is a perfect example of why we are in business at Eco Innovation Group,” commented Julia Otey-Raudes, CEO of ECOX. “Our mission is to provide a viable development, commercialization, and distribution pathway for great ideas that have the capacity to change how people interact with the planet on an ecological level.”

Now commanding a market cap of $14.6M, ECOX has virtually no cash on the books, which is balanced by virtually no total current liabilities. ECOX is pulling in trailing 12-month revenues. All of that said, the pipeline here looks like it could have strong potential, and commercialization of strong products obviously carries value in tow. You can bet we will update this one again as new information comes into view. Sign-up for continuing coverage on shares of $ECOX stock, as well as other hot stock picks, get our free newsletter today and get our next breakout pick!