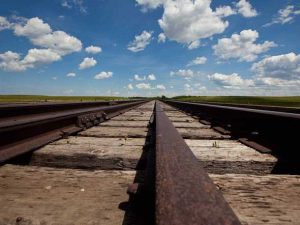 With much of the US heading back into some form of pandemic lockdown (central CA and Atlanta in recent days, much of Texas a few days before that, areas of New England the week before), streaming and original content will be king in Q3, and possibly throughout until we have a vaccine developed and in distribution, suggesting that small cap OTT streaming plays such as Valiant Eagle Inc (OTCMKTS:PSRU) could be of increasing interest for traders and investors. To add further flesh on the bone, PSRU also just announced a series of major advertising deals that point to accelerating topline growth coming in the door (over and above the 59% y/y growth we saw here last quarter).

The latest deal for the company is a six-figure advertising deal with PMI, the owner of Green Solar Bucket, to air its commercials for at least twelve months. According to the release, invented by Charles Johnson, Green Solar Bucket (GSB) is a patented insect repellant product born out of the need to deter flies, mosquitoes, and any flying insects during outdoor activities or gatherings. It works by continually releasing a private fragrance into the surrounding area for up to 30 days without any manual input other than positioning and refilling upon fragrance depletion.

Valiant Eagle Inc (OTCMKTS:PSRU) bills as a media conglomerate focused on the energizing of entertainment in television, film, Internet, and social media.

This is a publicly traded corporation focused on the energizing of celebrity entertainment, social media and TV communications. VE aims to achieve an unparalleled advancement towards media through music, sports and, with respect to the millennial generation, through technology.

Technology is an important part of our life especially in the last century more than ever. With benefits such as speed, accuracy, unlimited information and more, the internet has provided various means of communicating without delay nor difficulty. However, a level of consumer satisfaction has yet to be reached. Valiant Eagle, Inc. looks to fill this void with media assets like XMG, Providence Films, and OKTV.

XMG has a portfolio of over two dozen streaming and broadcast channels, each in its own specific niche or micro-niche and ranging from sports, cannabis, music, childrens entertainment, fitness, horror, to many others.

Currently, all channels are on Roku (currently reaching over 40 million subscribers and growing rapidly, while cable TVs consumer base continues to diminish), and will soon be available on Amazon Fire, Apple TV, Google Playstore, Rabbit TV, XBOX, Chromecast and more. Select channels will also be broadcast through regular FCC-approved TV channels.

OKTV (Opportunity Knocks Television) is a broadcast entertainment network offering 24/7, 365 days a year programming. Viewers are able to enjoy original programming, TV series, documentaries and feature films across a wide variety of genres. The network can be watched from viewers as much as they want, anytime, anywhere, on any Internet-connected screen TV or mobile device.

The network debuted in March 2018 and is available in the U.S. on DirectTV, and also accessible via Roku, Amazon Fire, and Rabbit TV. OKTV also streams live on its Facebook page and via Phillips and Samsung Smart TVs, as well as on the app “TVtogo”.

Instead of acting as a broker, the company’s media asset negotiates directly with producers, thereby eliminating the need for a broker or agency. This is something that traditional TV stations and networks do not do. Without a middleman, OKTV has greater control over its operations, which, in turn, provides more freedom to choose and create the programming it wants to offer.

Find out when $PSRU reaches critical levels. Subscribe to OracleDispatch.com Right Now by entering your Email in the box below.

As noted above, PSRU just announced a six-figure advertising deal with PMI, the owner of Green Solar Bucket, to air its commercials for at least twelve months.

Recent action has seen a rip and a pullback for shares of PSRU, which now sits about 80% above its levels regularly traded in June, but down about 60% from its highs earlier this month. What’s more, the company has witnessed a pop in interest, as transaction volume levels have recently pushed just under 440% beyond its prior sustained average level.

We would also point out that PSRU is also sitting in a contextual sweet spot, with expectations for growth in the global OTT streaming market going through the roof. Analysts are now expecting the space to grow from $104.11 billion in 2019 to $161.37 billion in 2020 at a compound annual growth rate (CAGR) of 55.0% (source: businesswire).

Earning a current market cap value of $5.2M, PSRU is pulling in trailing 12-month revenues of $286K. In addition, the company is seeing major top-line growth, with y/y quarterly revenues growing at 59.3%. As more color becomes clear on the name, we will review the situation and update our take. Sign-up for continuing coverage on shares of $PSRU stock, as well as other hot stock picks, get our free newsletter today and get our next breakout pick!

Disclosure: we hold no position in $PSRU, either long or short, and we have not been compensated for this article.