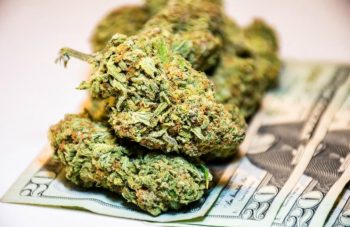 The range of difficulties endured by the cannabis sector over the course of the past year has been quite varied and that has made life difficult for fairly large cannabis companies like HEXO Corp (TSX:HEXO) (NYSE:HEXO). Recently, the company’s stock price went below $1 and it received a warning from the New York Stock Exchange.

Hexo has until the end of 2020 to regain compliance even as it tries to expand into the Israel cannabis market. Entry into new markets is certainly a positive from an investor’s point of view and diversifying from the saturated Canadian market could eventually prove to be a wise move.

The company recently announced that it entered the Israeli cannabis market after having inked a supply agreement with a local company named Breath of Life International. Hexo has already sent its first shipment made up of 493 kilos of its well-known cannabis flower products.

The company will be competing with fellow cannabis giant Cronos Group for market share in Israel. Although Israel is a smaller market than Canada, it has stricter border controls in place and hence, prevents black marketing of cannabis. That could be a very important factor for Canadian cannabis companies.

On the other hand, the company has also gone into the CBD market in the United States with its partner Molson Coors Brewing and is all set to launch its hemp-based beverage in Colorado soon. In the third quarter, the company’s revenues soared by as much as 70% year on year to hit C$22.1 million. It is an encouraging sign although profitability may be far away.

In order to boost its business and to go into more profitable segments, Hexo raised as much as C$10.25 million by selling its facility in Niagara. It ended the third quarter with cash and equivalents to the tune of C$95.3 million. Deloitte estimates that the adult-use beverage market could be worth as much as C$529 million a year eventually and Hexo have moved into that space already.

The possibility of federal legalization of cannabis derivatives in the United States by 2022 also presents a major opportunity for Hexo. Follow HEXO and other fast-moving stocks by signing up below.