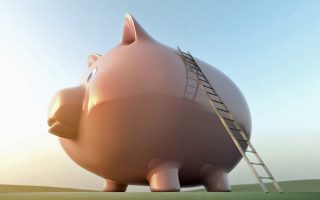 The coronavirus pandemic has hurt a wide range of industries over the course of the past months, and one of those is the bookmaking industry. That was reflected from a report published by the bookmaker William Hill’s (OTC:WIMHY) earlier this month with regards to its performance in the first half of the year.

The company’s profits dropped in the period and in addition to that, William Hill announced that it was going to shut down as many as 119 betting shops. More importantly, the bookmaker announced that it is going to make a more focussed shift towards online betting and consequently expand into the United States.

The British bookmaker, which is listed in London, is one of the biggest names in the industry but due to the coronavirus induced lockdowns, the company suffered a 32% drop in revenues. Most of its high street outlets had to be shut down during the lockdowns.

However, despite the disappointment, the shares rose following the announcement as the bookmarker stated that it is all set to merge its online and retail business in the United Kingdom. Regulations have been tightened in the industry over the past year and that has been another factor behind the store closures. In July 2019, William Hill had announced as many as 700 betting shop closures.

That being said, William Hill was also quick to point out that the store closures are not going to lead to job losses, since the employees are going to be moved on to other roles.

The sports betting space has been boosted in the United States in recent times due to legalization in different parts of the country and that could be one of the main reasons behind the company’s move to expand its presence in the country. Analysts at Jeffries gave the William Hill stock a buy rating since the current stock valuation has not priced in the untold possibilities of the United States market. Sign up below to follow the developments of William Hill and other breakout stocks.