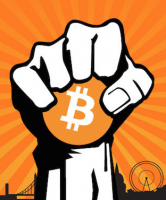 One of the cryptocurrency-related Trusts to have come into focus in recent weeks due to the rising price of Bitcoin is that of the investment vehicle Grayscale Bitcoin Trust (OTCMKTS:GBTC). Back on August 17, the Grayscale stock emerged as one of the biggest gainers in the market despite the overall market being largely flat.

As a matter of fact, it emerged as one of the biggest gainers on the OTC, surging by as much as 10% to hit a new 52-week high. However, we must note that the rally in the Grayscale stock was largely driven by the stellar performance recorded by Bitcoin at the time.

At the time Bitcoin had recorded gains of as much as 70% in the year but on that particular day, the world’s biggest cryptocurrency had only gained 4%. Hence, the rally in the stock might have had involved some other factors as well.

One of the things that need to be mentioned in this regard is that at the time the company had launched two new investment trusts that were going to be denominated in Litecoin and Bitcoin Cash. The addition of two new trusts is possibly going to help in higher trading volumes and provide a major boost to Grayscale as a whole.

The rally has been pretty strong over the past month and during the period, the Grayscale stock recorded gains of as much as 40%. That being said, before investors decided to buy the stock, they need to consider the fact that the stock may be trading at a considerable premium.

As of August 17, each share in the company was equal to .00095812 Bitcoin and that worked out to a share price of $11.76. It reflected a premium of as much as 24%. It should also be noted that Grayscale also charged management fees of 2%. Hence, investors could consider buying Bitcoin instead of buying Grayscale stock at its current levels. Sign up for free below for updates on GBTC and other breakout stocks.