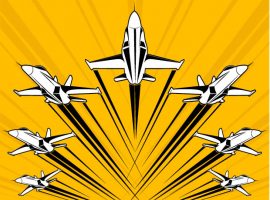 Over the years, Tencent Holdings (OTCMKTS:TCEHY) has emerged as one of the most important tech companies in China and it has increasingly become highly influential worldwide through a plethora of investments. For anyone who might be looking to invest in a China facing company, it might be a good time to have a closer look at Tencent. It is a highly diversified company and it has interests in a wider range of businesses than companies like Baidu.

For instance, in the second quarter, Tencent saw its gaming revenues soar by 34%, while its online ads business, fintech, and business services arm and value-added services for social media businesses grew by 16%, 26%, and 23% respectively.

It is interesting to note that all the four different lines of businesses managed to generate growth in the double digits and it was headlined by Tencent’s gaming unit, which grew by as much as 40%. That proved to be the main reason why the company’s core business managed to generate significant growth. Smartphone games like Honor of Kings and Peacekeeper Elite proved to be quite popular as well.

In addition to that, it is necessary to note that advertising revenues, an important part of the company’s business, also generated 13% growth. It demonstrates that ads are still being bought on QQ, WeChat, and the other platforms on Tencent’s mobile advertising network.

On the other hand, the performance from the company’s value-added services for the social media business arm proved to be a surprise success. It grew by 29% and proved that Tencent is still able to generate considerable value from out of its 1.2 billion monthly active users on WeChat.

Due to the significant surge in its cloud services, payments, and wealth management services, the company also generated revenue growth of as much as 30% in its fintech business. Considering the performance from Tencent across its business interests, it is no surprise that the stock has gained 30% since June. Sign up for our Free newsletter and receive critical updates on Tencent and other breakout stocks.