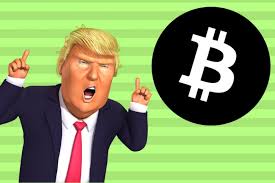 The cryptocurrency space has been in focus in recent weeks due to the price volatility of Bitcoin, the world’s biggest cryptocurrency by market cap ($197B). In this regard, it should be noted that it is possible for investors to get into this space by buying stock in Bitcoin trusts like Grayscale Bitcoin Trust (OTCMKTS:GBTC).

The rise in the price of Bitcoin resulted in a rally in Grayscale Bitcoin Trust (OTCMKTS:GBTC) recently. Additionally, it’s also necessary to note that there are no other comparable Bitcoin trusts that could meaningfully compete with Grayscale. Hence, Grayscale has enjoyed a monopoly position and in turn, has only been a boost for the investors.

While it’s true that Grayscale enjoys a monopoly position in the capital markets, it is also important to point out that it allows retail investors to be invested in Bitcoin. However, it could be a bit of a risky investment for institutions since at the end of the day the price of a Grayscale share is directly related to the price of Bitcoin, and the cryptocurrency is well known for wild swings in price.

However, plenty of institutional investors have flocked to Grayscale in order to take advantage of the monopoly position and potential returns that it offers.

To put this into perspective, earlier this month, it was revealed that the Bitcoin trust managed to rake in massive amounts of money. One of the reasons why that was possible was possibly due to the fact that the regulators do not seem to be thrilled about the idea of approving a Bitcoin exchange-traded fund.

Hence, more money has flowed into Grayscale. It was revealed that since December 2017, Grayscale has managed to rake in $2.37 billion in investments. In 2020 alone, the Bitcoin trust has seen investments to the tune of $1.59 billion. The inflow has been better than 97% of the exchange-traded funds listed in the United States at this point.