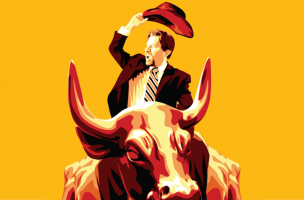 The stock price of the Grayscale Bitcoin Trust (OTCMKTS:GBTC) is directly linked with the price of Bitcoin. GBTC has rallied over the past week following the rally in the world’s biggest (by market cap) cryptocurrency which is nearing $13,000 USD again.

Grayscale has rallied strongly over the course of the past week and gained as much as 10%.

The rally has coincided with the steady rally in Bitcoin over the same period. Over the course of the past week, the cryptocurrency had one of its strongest rallies and on Monday it had almost reached the psychologically important level of $12000. Bitcoin rallied by 3.4% on Monday and hit $12204 a token on Tuesday.

However, in this regard, it is also necessary to note that there had been some other important developments around GBTC as well and potential investors need to keep those in mind. Earlier this week, it emerged that as many as 20 institutional investors had made investments in the GBTC. It is a clear indication of the rising interest of institutional investors in the cryptocurrency.

The information came to light earlier this week from publicly available regulatory filings made with the United States Securities and Exchange Commission. One of the major investors was Rothschild Investment Corp, which put in as much as $235000 in GBTC. RIC manages assets worth $1.5 trillion.

Recently, there has been a significant amount of money that has flowed into the fund, and in 2020; GBTC has continued to scale new heights in that regard.

In addition to that, it is also necessary to keep in mind that the stock has come into a lot of focus as well and at this point, it is the second most actively traded share on the leading over-the-counter platform in the United States. That being said, it’s also noteworthy that the share price is directly tied to the price of Bitcoin.